A woman takes a photograph whilst a bored guard rests in the National Archaeological Museum in Naples, Italy. The Museo Archeologico Nazionale di Napoli, MANN, formerly Real Museo Borbonico Bourbons Royal Museum is considered the most important Italian archaeological museum and one of the most important in the world for classical, and particularly ancient Roman, archaeology. Its collection includes works of the highest quality produced in Greek, Roman and Renaissance times and especially Roman artifacts from nearby Pompeii, Stabiae and Herculaneum. 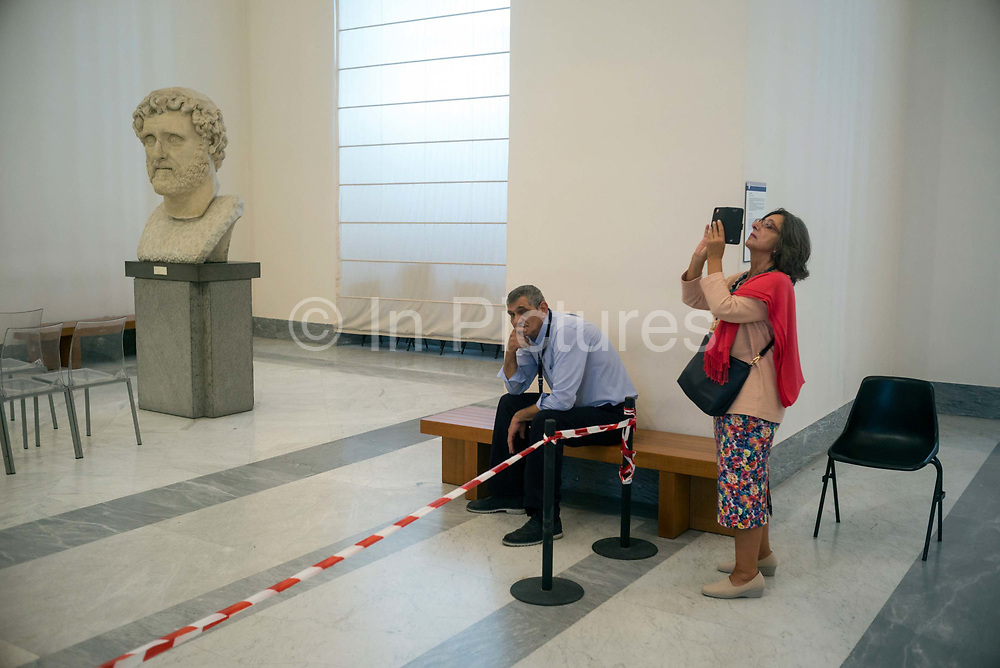