Black taxi cab drivers protest in Whitehall, central London, objecting to a new online booking and journey fare app called Uber. The app works out the cost of journeys and cab drivers say it is the same as using a taxi meter, which only black cabs are legally entitled to use. The London Taxi Driver Association (LTDA) also said part of the demonstration was about highlighting the length of training - between four and seven years - taxi drivers undergo before being licensed. During the protest roads were gridlocked around Parliament Square, Whitehall and Trafalgar Square in the capital's West End. . 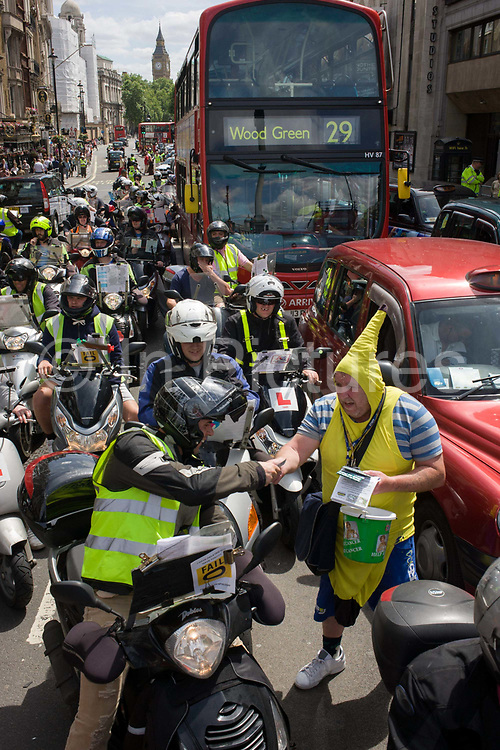