Sarah Wanjiru, 10yrs with mother Jane Wajira , and Jane’s grandchild pose for pictures next a small tip where they have been picking rubbish to make some money. They recycle mainly plastic; on average they can make up to 150-200 Ksh a day ( $1-2). The dump here is smaller with less pickings but safer than the main dump in Eldoret.

Jane had her first baby when she was as young as 12-13; she now has four children which she cares for her self . Her husband was killed in the Kenyan riots of 2007/8. Her 10-year-old daughter Sarah comes to help her sort rubbish when she’s not at school. Sarah was lucky enough to find a sponsor to pay her admission fees and cover her uniform and books – barriers that prohibit many of Kenya’s poorest children from attending the country’s free primary schools. 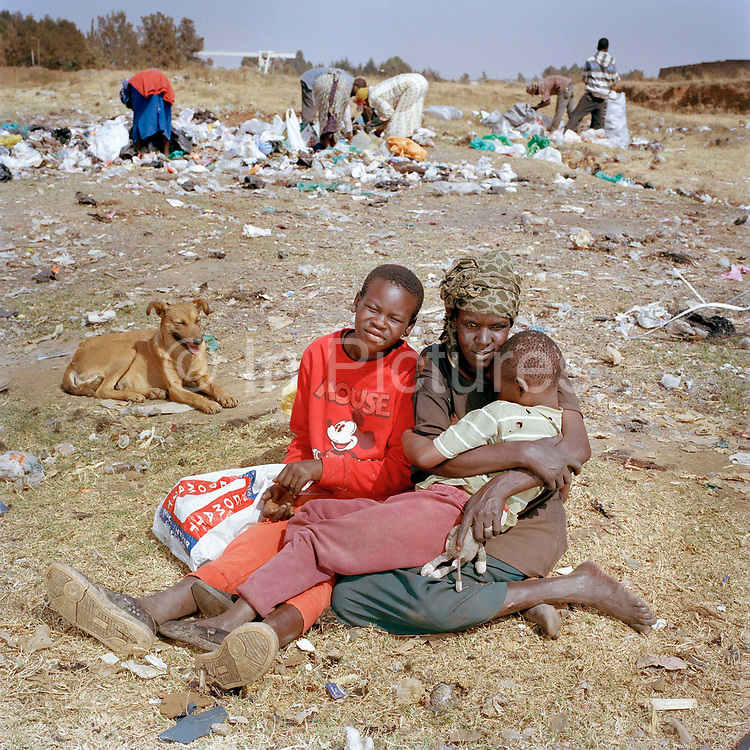