China - Macau - Baby and mother under banner in street

A Chinese mother carries her baby in a sling on her chest, passing a colourful banner on a Macau street, China in this ex-Portuguese colony. After emerging from a crowded morning market, the lady and her child pass-by during the rainy season. Macau is now administered by China as a Special Economic Region (SER) and is home to a population of mainland 95% Chinese, primarily Cantonese, Fujianese as well as some Hakka, Shanghainese and overseas Chinese immigrants from Southeast Asia and elsewhere. The remainder are of Portuguese or mixed Chinese-Portuguese ancestry, the so-called Macanese, as well as several thousand Filipino and Thai nationals. The official languages are Portuguese and Chinese. 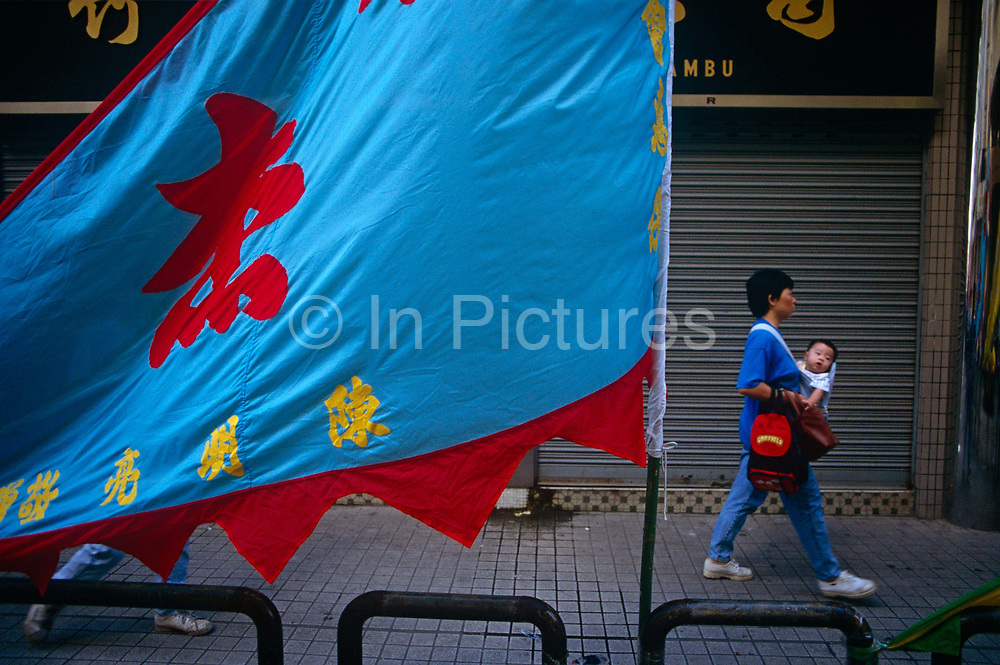