Natalie Bennett of the Green Party. Today is the first day of a two week trial against the 13 Heathrow activists at Willesden Magistrate's Court. The activists were met by cheering supporters before heading in to their first day in court. Amongst the many supporters was Natalie Bennett of the Green Party. A brief statement was read out by Rebecca Holly Sanderson and todays hearing only expected to hear evidence from defendant Ella Gilbert. July 13 2015 13 climate activists staged a peaceful protest at Heathrow airport against a third runway and any further airport expansions. 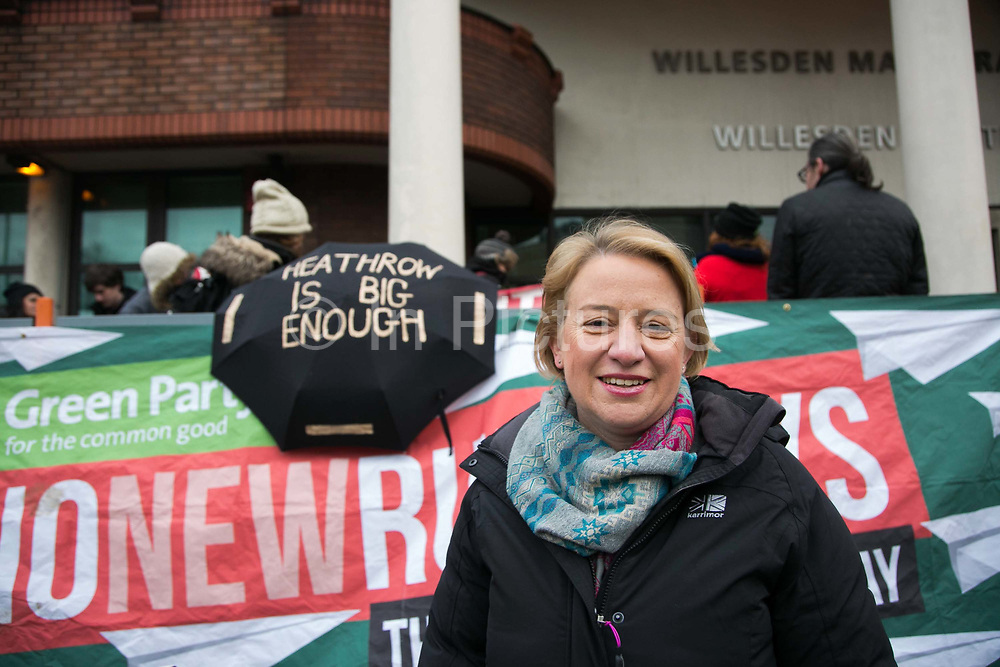