Gentrification In Soho In London

Last remaining adult sex shop following years of gentrification on Walkers Court in Soho on 18th February 2020 in London, England, United Kingdom. In Walker’s Court, this seedy alley, there were once sex shops, DVD shops, live sex shows and all manner of pornographic offerings, but now it is all but closed and being redeveloped and gentrified. Walkers Court is a pedestrian street in the Soho district of the City of Westminster. The street dates from around the early 1700s and escaped modernisation in the late nineteenth century so that it retains its original narrow layout. In the twentieth century the small shops that traded from the street gradually closed and from the late 1950s the street became associated with Sohos sex trade. 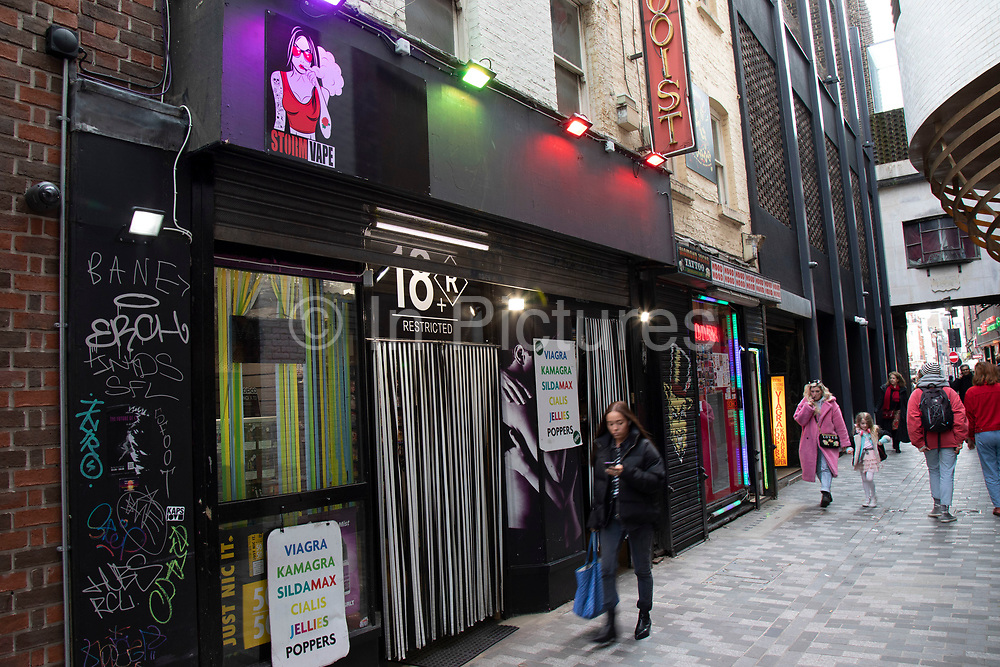