The legendary crossroads of Highways 49 and 61 outside Clarksdake, Mississippi. In the juke joints around Clarksdale, Mississippi, Robert Johnson was known as the kid who could barely play the guitar he often carried. Stories are told of musicians inviting Johnson to join them on stage, knowing that, before he got very far, the audience would be laughing. He disappeared for a while. When he returned, no one who heard him could believe he was the same man. He blew everyone away, playing the songs that would make him famous, among them "Cross Road Blues" and "Me And The Devil Blues." Rumours started and a myth was born :Johnson did a deal with the devil here at the crossroads of Highways 49 and 61 and sold his soul in return for his musical abilities. Whatever the truth fans on the way to the historic Blues town of Clarksdale and and its Delta Blues Museum will often stop at Abe's Bar B Q on the intersection and pay homage. 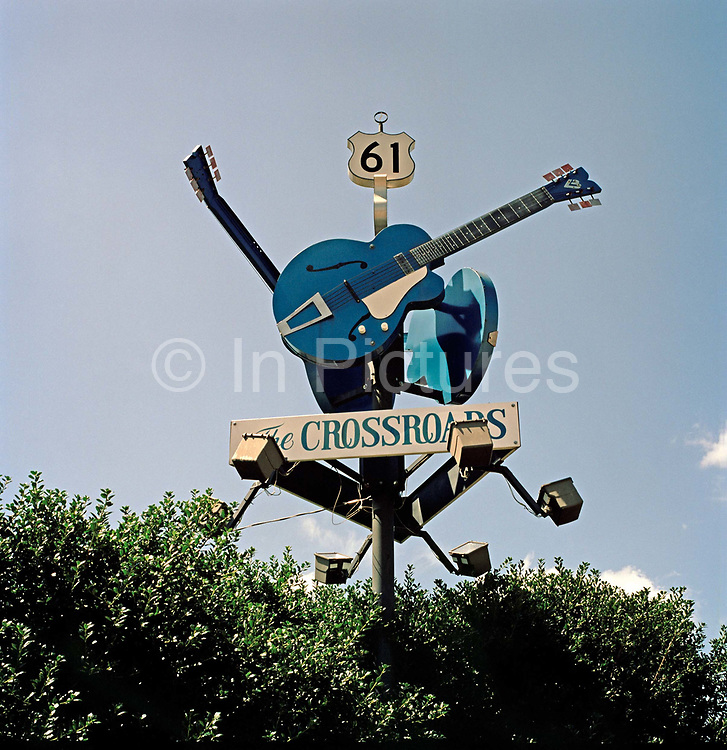