Xieng Khouang is the most heavily bombed province in Laos the most heavily bombed country, per capita in the world. Unexploded ordnance or UXO are explosive weapons, bombs, bullets, shells, landmines etc that did not explode when they were employed and still pose a risk of detonation. 'Bombies' are the most common form of UXO remaining - approximately 80 million unexploded bombies remained in Laos after the Vietnam War. They cause more accidents than any other type of UXO in Laos. Two year old Hmong boy Kayeng was blinded by a UXO accident whilst playing with his uncles nearby his home in Ban Tong. The photograph shows Kayeng with his grandmother Yee. 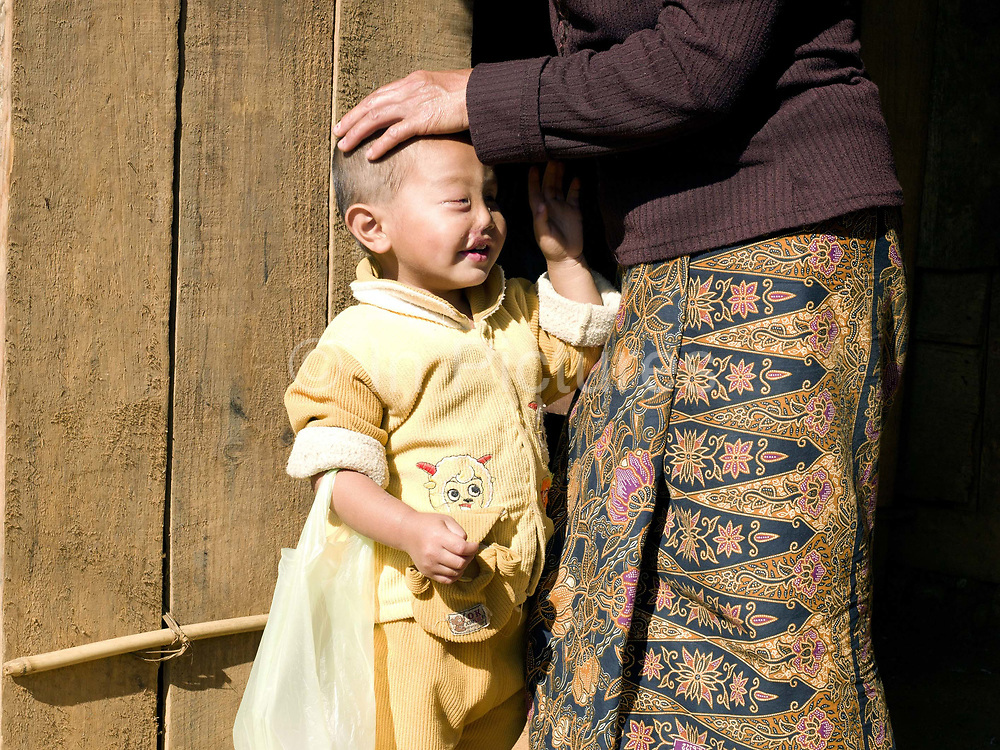