Snow showers are falling in a deserted South London street in Herne Hill, London SE24. Snowflakes are falling in large amounts settling on this road and tyre tracks from vehicles have been left in the snow though many parked cars are becoming covered in the snow fall as they sit at the kerbside. Snowflakes are falling in their thousands, settling on this part of London's inner-city - an unusual event - and the heaviest precipitation for 18 years. It is early morning and still dark and street lights are making the landscape orange before the blue of dawn changes the colour and the atmosphere. 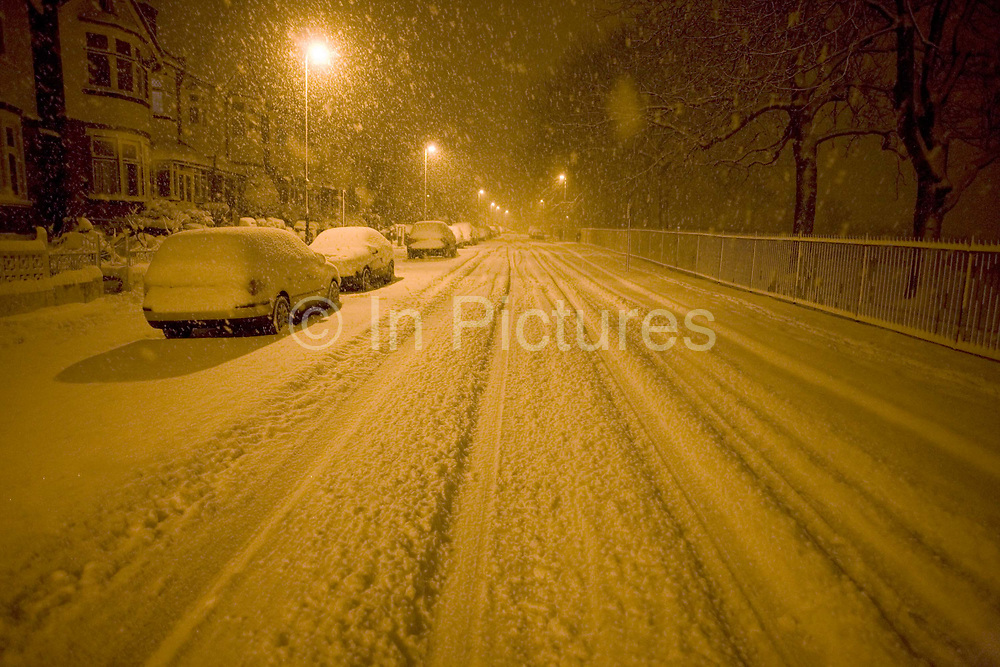