A Beadle mace-bearer from the City of London holds a ceremonial mace in the crook of his left arm during the annual Lord"s Mayor's Show. Wearing white gloves and a decorative overcoat worn on special occasions, we see only the arm and the golden mace as a close-up detail. The Beadle's role is now only symbolic, accompanying the City Adlermen as the lead the processions through the capital's ancient financial heart. A Beadle or bedel was a lay official of a church or synagogue who would usher, keep order, make reports, and assist in religious functions; or a minor official who carries out various civil, educational, or ceremonial duties. The term has Franco-English pre-renaissance origins, derived from the Vulgar Latin "bidellus" or "bedellus", rooted in words for "herald". It moved into Old English as a title given to an Anglo-Saxon officer who summoned householders to council. 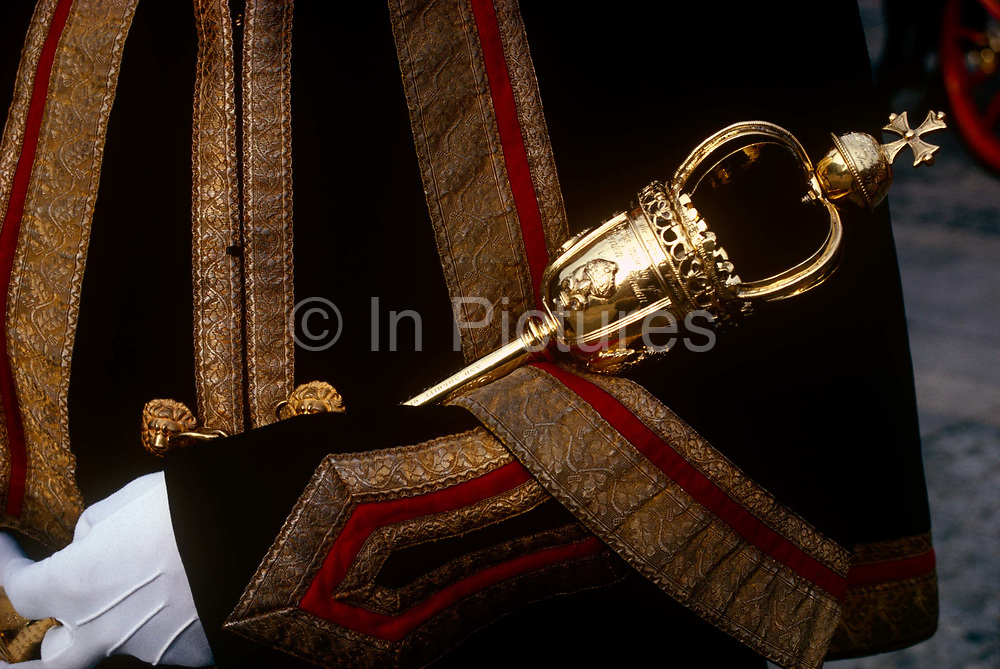