While two mates in tartan uniform trousers look a little bashfully, a more forward friend from the same Scots regiment soldier chats to two young women during 50th anniversary celebrations of wartime VE Day. Bending down to make himself heard and perhaps to impress the two rather posh females into sharing their phone numbers. They are in Hyde Park to help celebrate the 50th anniversary of VE (Victory in Europe) Day on 6th May 1995. In the week near the anniversary date of May 8, 1945, when the World War II Allies formally accepted the unconditional surrender of the armed forces of Germany and peace was announced to tumultuous crowds across European cities, the British still go out of their way to honour those sacrificed and the realisation that peace was once again achieved. 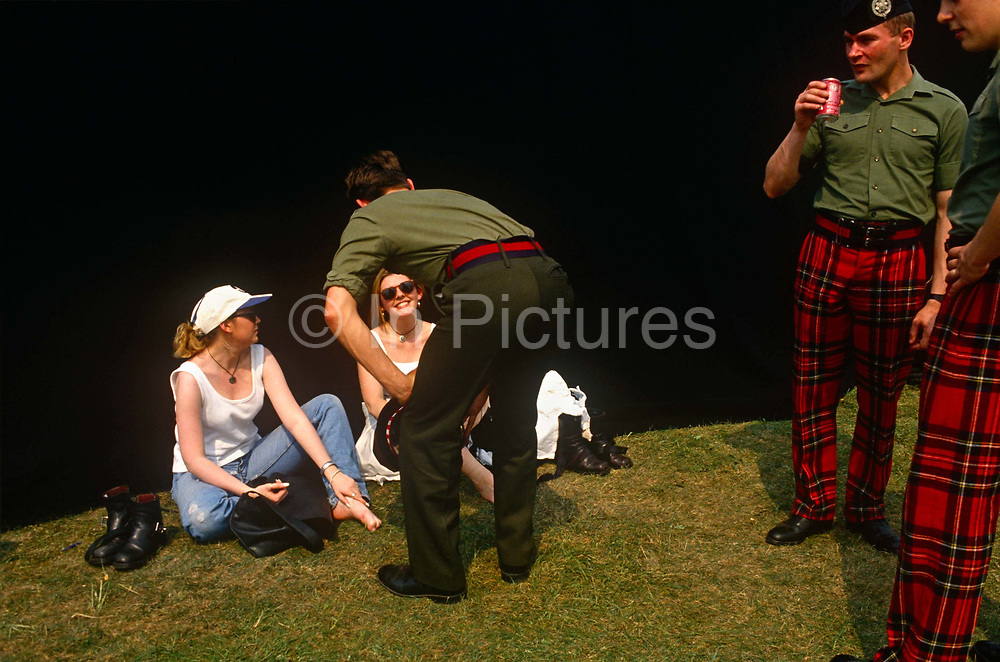