A Christmas tree standing alone outside the now empty Carnegie Library, on 2nd January 2017, in the London borough of Lambeth, England. Shut by Lambeth council and occupied by protesters for 10 days in April, the library which was bequeathed by American philanthropist, Andrew Carnegie has been locked ever since because, say Lambeth austerity cuts are necessary even though 24hr security make it more expensive to keep closed than open for the local community. A gym that locals say they dont want or need is planned to replace the working library and while some of the 20,000 books on shelves will remain, no librarians will be present to administer it. 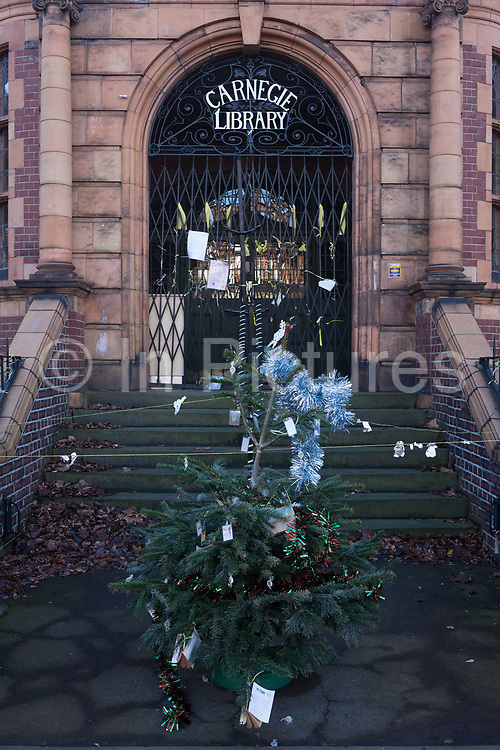