Days after the September 11th attacks in New York and Washington DC, posters starting appearing at strategic locations in Manhattan that either showed the faces of missing citizens, lost in the ruins of terrorist devastation or with patriotic rhetoric expressing hope, fate or anger and retribution as Americans sought to express their emotions and unity. But after overnight rain, the inks and dyes of home-printed pictures streaked and ran obliterating these messages and victims’ faces. DNA samples were taken at the Armory so human remains might be identified so it was a point of focus for those with missing relatives who attached thousands of posters to walls with pictures and messages to loved-ones in the hope of being reunited. 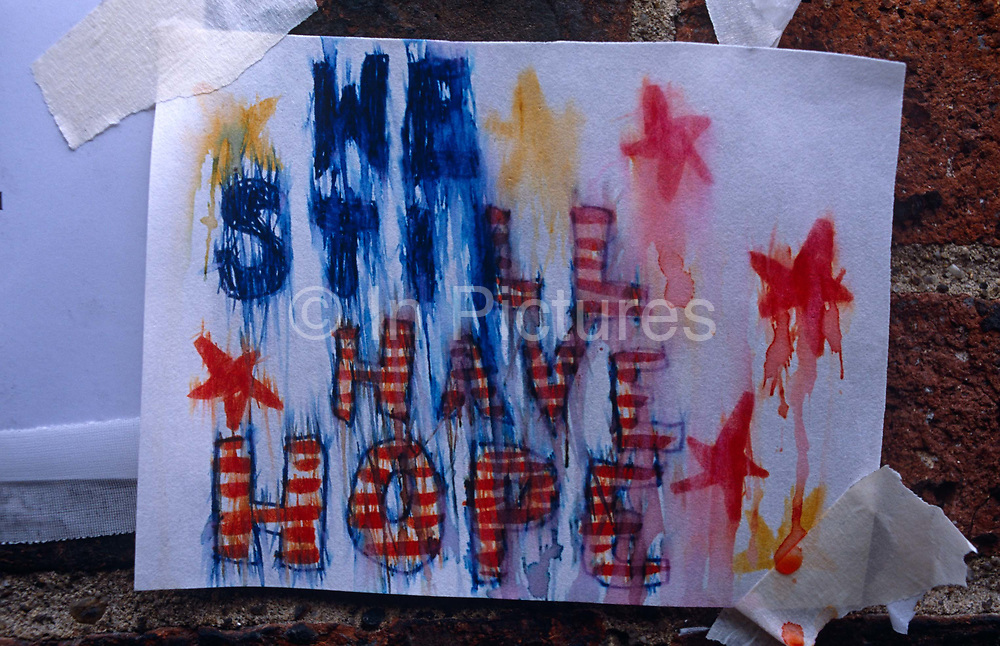