The long meeting table in the Locarno Room at the Foreign and Commonwealth Office FCO, on 17th September 2017, in Whitehall, London, England. In 1925 the Foreign Office played host to the signing of the Locarno Treaties, aimed at reducing tension in Europe. The ceremony took place in a suite of rooms that had been designed for banqueting, which subsequently became known as the Locarno Suite. During the Second World War, the Locarno Suites fine furnishings were removed or covered up, and it became home to a foreign office code-breaking department. 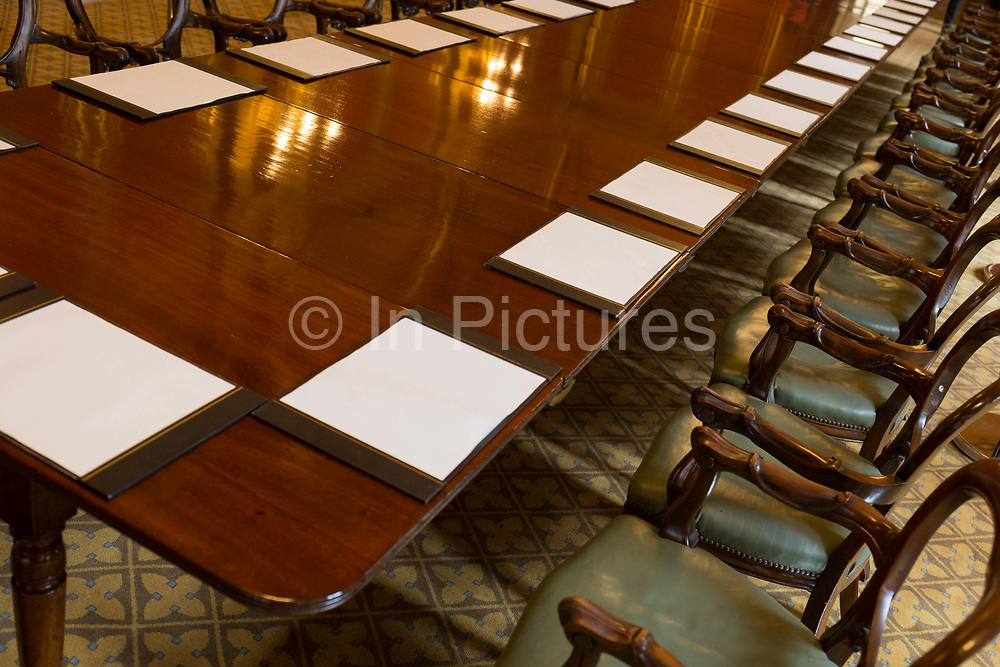