Distorted by fish-eye lens, names of victims at the 9/11 Memorial in New York, killed at the locations of terrorist attacks on September 11th 2001. The National September 11 Memorial is a tribute of remembrance and honor to the nearly 3,000 people killed in the terror attacks of September 11, 2001 at the World Trade Center site, near Shanksville, Pa., and at the Pentagon, as well as the six people killed in the World Trade Center bombing in February 1993. 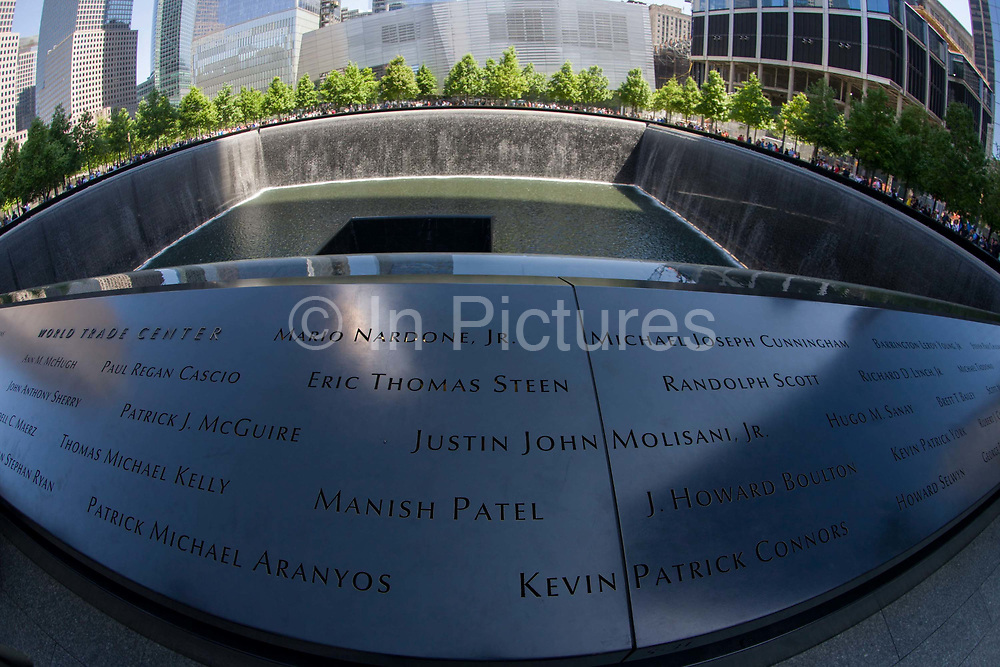