A car owner attempts to shovel his way out of snow on a hill in South London. Bending down to remove the fallen snow from the road, he will again try to get a grip and friction of the slippery surface in order to make it up the gradient in Herne Hill. A van behind is already becoming impatient and is about to get past the stranded car and a passer-by looks on from the pavement, bemused. As the capital's infrastructure ground to a halt, with few trains and no buses for commuters to catch, walking and driving remained the only options. 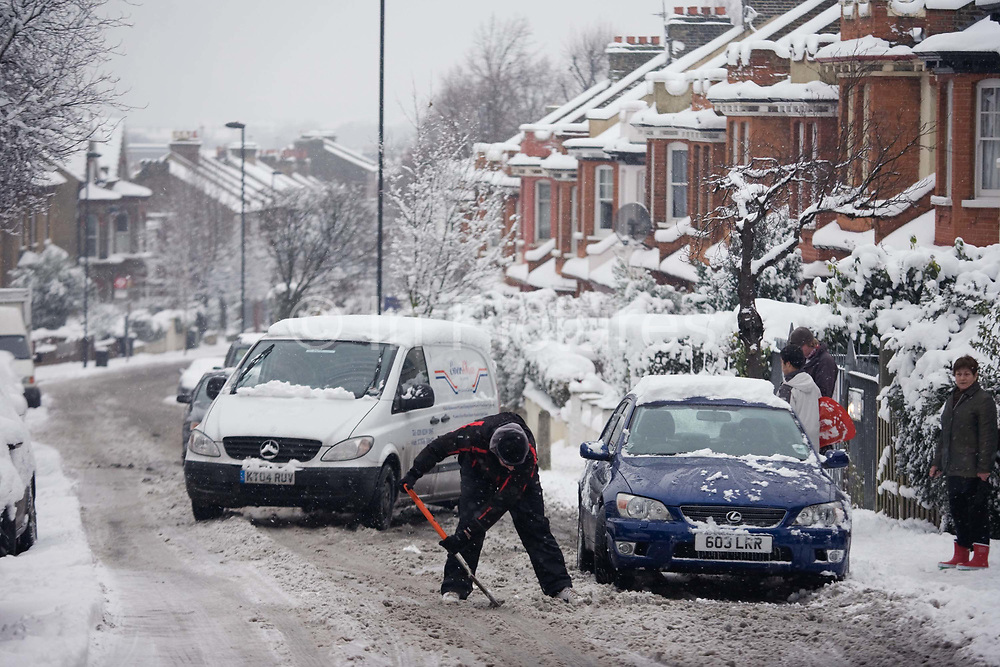