Nurses dispense medicine in the mens' surgical ward at St Bartholomews (Barts) Hospita n the City of London. Two gentlemen patients rest either before or after their operations for which their care is ensured by the nursing staff seen in the blue uniforms. St Bartholomew's Hospital, also known simply as Barts, is a hospital in Smithfield in the City of London. Barts is the oldest hospital in London, having been founded in 1123, and the oldest in the United Kingdom that still occupies its original site. Barts was founded in 1123 by Rahere (died 1144, and entombed in the nearby priory church of St Bartholomew-the-Great), a favourite courtier of King Henry I. London's only statue of King Henry VIII is located above a gate at the hospital. Barts is part of Barts Health NHS Trust. 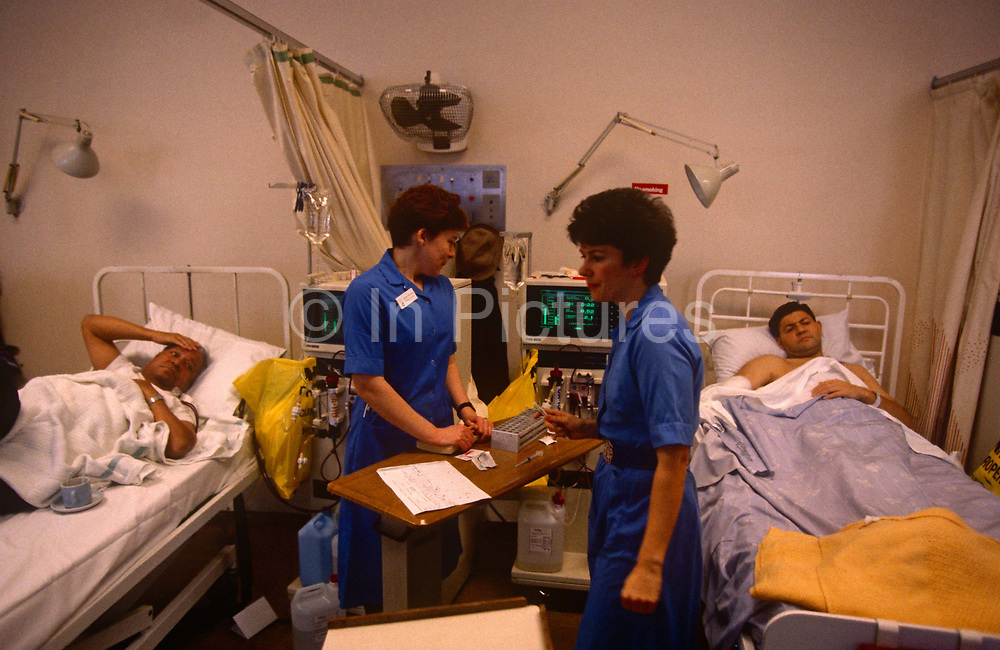