An urban north European fox lies dead in a south London road after being killed by a local vehicle. With a fatal injury to its head, the animal has died the previous night in the gutter of a quiet road in the London borough of Lambeth. Its reddish fur and especially its tail - known as the brush - are otherwise unaffected and so may have succumbed to shock rather than major trauma. It is an adult, rather than a cub and will have been missed by its local den. 'Vulpes vulpes' has a long history of association with humans, having been extensively hunted as a pest and furbearer for many centuries, as well as being represented in human folklore and mythology. Because of its widespread distribution and large population, the red fox is one of the most important furbearing animals harvested for the fur trade. 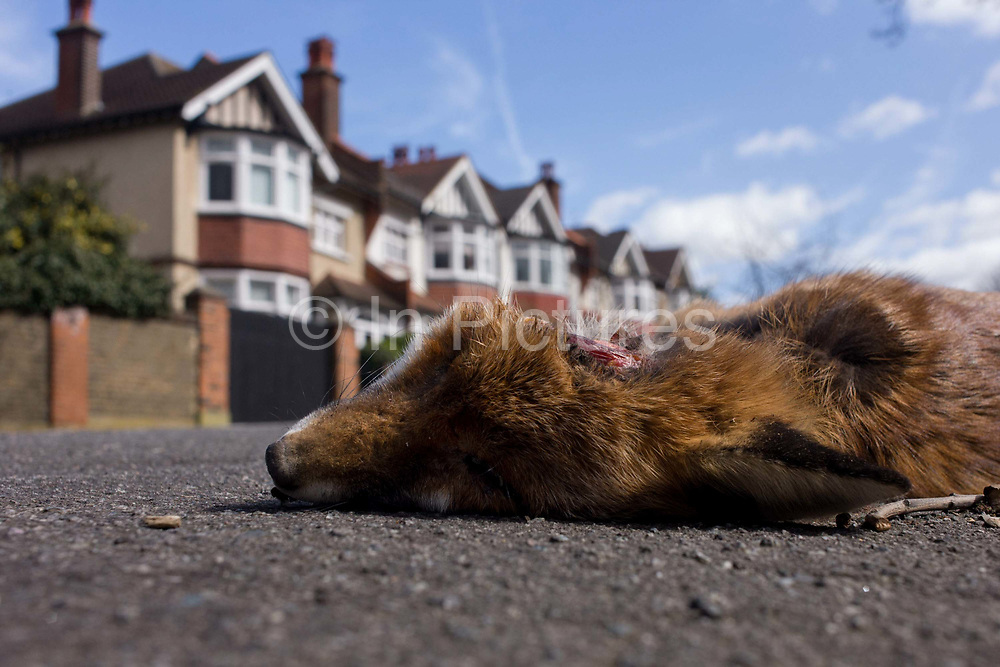