Refurbishment complete and London Bridge Station is fully open in London, England, United Kingdom. London Bridge Station is a central London railway terminus and connected London Underground station in Southwark, south-east London. It occupies a large area on three levels immediately south-east of London Bridge, from which it takes its name. The main line station is the oldest railway station in London fare zone 1 and one of the oldest in the world having opened in 1836. The station was comprehensively redeveloped between 2009 and 2017 with the rebuilding of all platforms, the addition of two major new street-level entrances, and changes to passenger concourses and retail facilities. 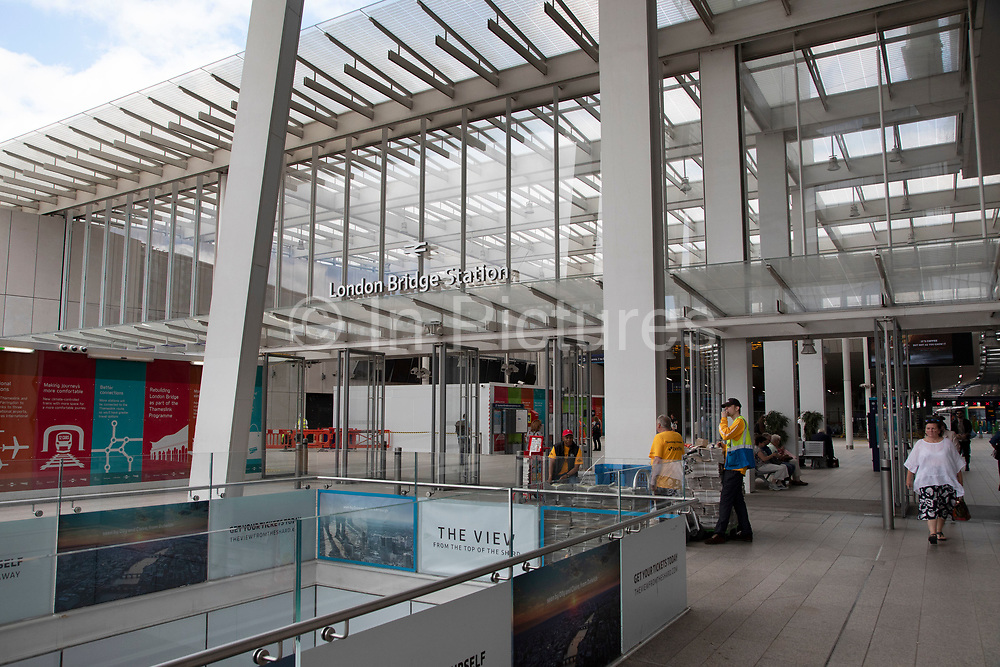