Using ladders and ropes during a rescue operation, Fire Brigade crews enter the floodlit broken air frame of a British Midland Airways Boeing 737-400 series jet airliner which lies on an embankment of the M1 motorway at Kegworth, near East Midlands Airport in Leicestershire, England. On the night of 8th January 1989, flight 92 crashed due to the shutting down of the wrong, malfunctioning engine. Attempting an emergency landing, 47 people died and 74 people, including seven members of the flight crew, sustained serious injuries. We see the aircraft's tail snapped upright at ninety degrees. Here perished most of the passenger fatalities. The devastation was hampered by woodland and the fire fighters are attempting to rescue survivors or extract those killed in this air disaster that proved one of Btitain's worst. 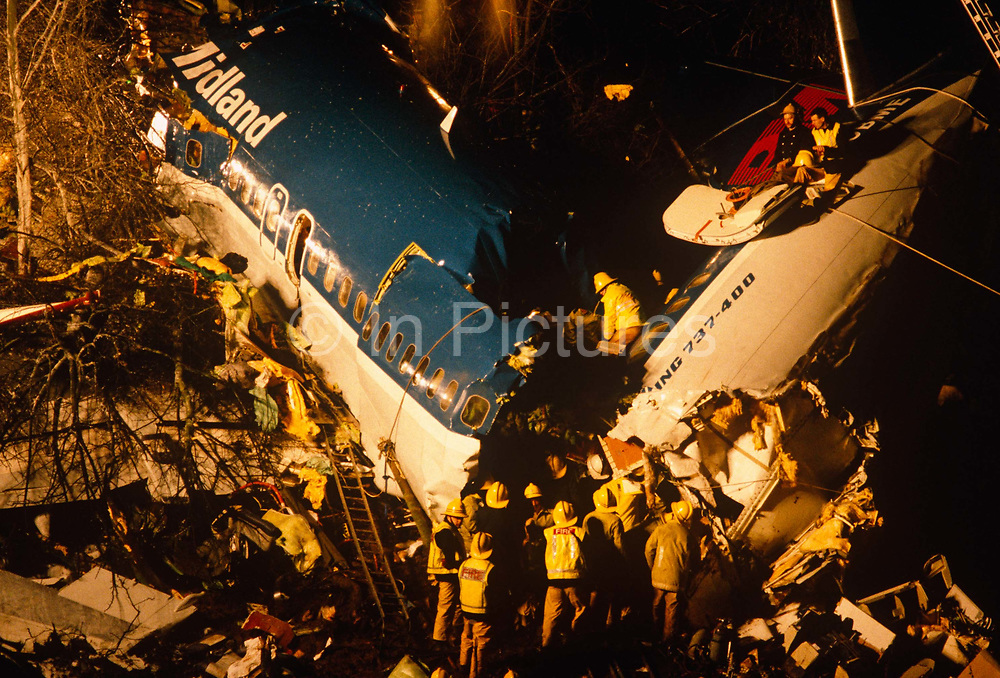