Up on the top deck, we see a lone sailor brushing off the grubby surfaces of parked F/A-18C Hornets and S-3 Vikings on the US Navy aircraft carrier USS Harry S Truman during its deployment patrol of the no-fly zone at an unknown location in the Persian Gulf. Stacked together in tight formation to fit them all together during a daytime break in operations, the man bends into his task during the hottest time of day. The Truman is the largest and newest of the US Navy's fleet of new generation carriers, a 97,000 ton floating city with a crew of 5,137, 650 are women. The Iraqi no-fly zones (NFZs) were proclaimed by the United States, United Kingdom and France after the Gulf War of 1991 to protect humanitarian operations in northern Iraq and Shiite Muslims in the 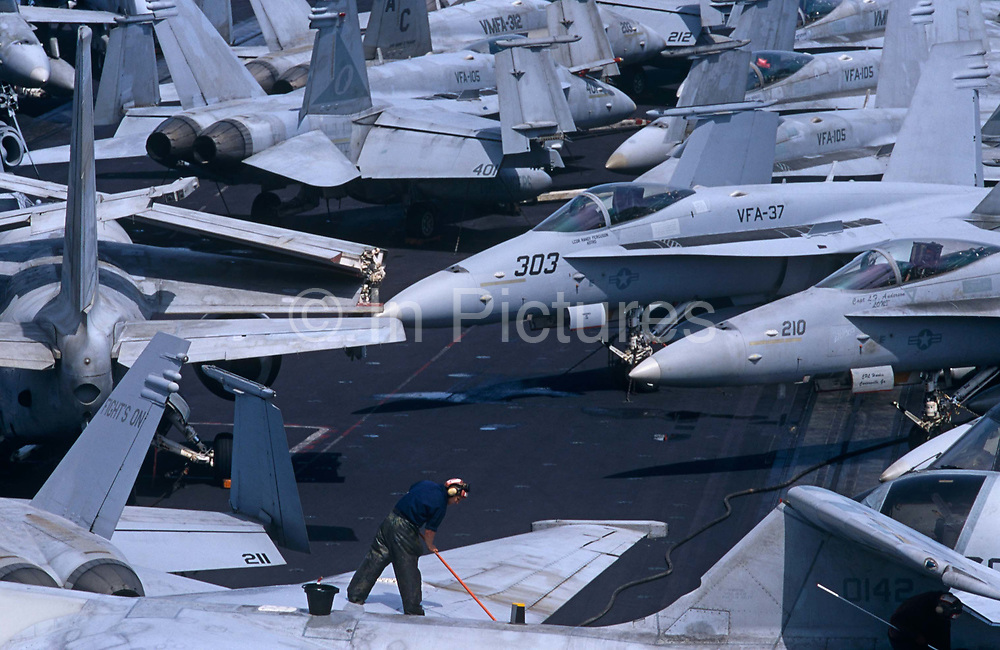