Three beautifully-dressed horses with their rider parade through the streets of Seville in Andalucia, Spain during the city’s Spring Feria. Adorned in baubles and tassels the animals are on their best behaviour for the crowds who watch an equestrian display of horses and decorated carriages that wind their way through the city and fairground. La Feria de Sevilla began as a cattle trading fair in 1847, and through the years it has evolved into a sexy Spanish round-the-clock spectacle of flamenco, bullfighting and rowdy fun. Seville holds its annual fair in rows of temporary marquee casetas, hosting families and friends which begin during the April Fair two weeks after the Semana Santa, or Easter Holy Week in the Andalusian capital. 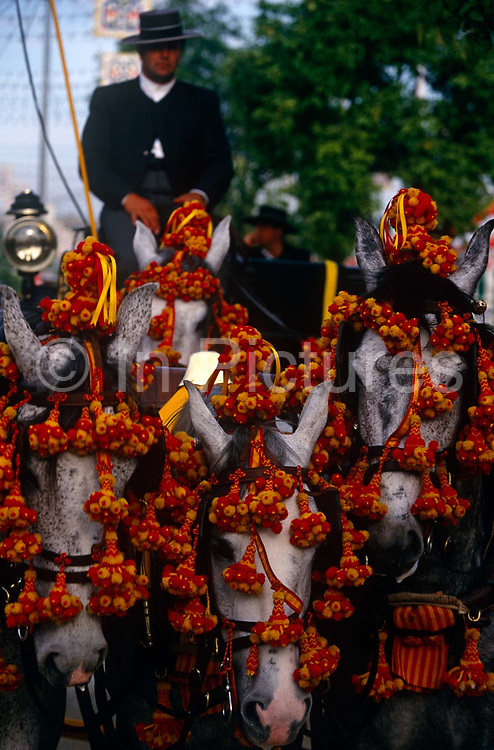