Greenpeace picket Gazprom London HQ defence of the 30 Greenpeace activists arreseted and detained in Russia. Gazprom, with it's appaling health and safety record is about to start drilling in the Arctic as one of the first big oil companies. The Arctic 30 were arrested and the ship the Arctic Sunrise ceased by armed Ruassian special forces in international waters in the Arctic after Greenpeace peacefully tried to scale a Gazprom oil rig to prevent it from drilling for oil in the highly sensitive arctic sea. The peacefull activist were met with coastal guards and special forces armed knives and guns. The Russian authorities threatened to sink the Greenpeace inflateables and fired warning shots in the sea and over the unarmed activisits. All thirty are now facing charges of piracy, highly trumped up and distorted charges, and are kept on remand in Murmansk for 2 months pending investications in to their alleged crimes. 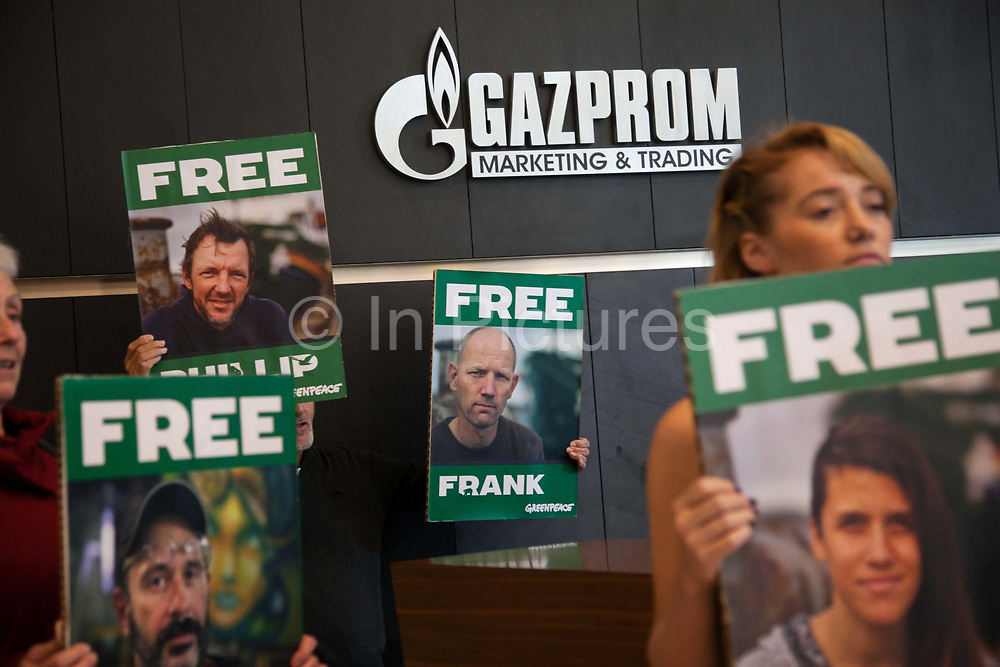