Jock McFadyen, RA. A contemporary British painter in his studio in London, United Kingdom. As a teenager McFadyen attended Saturday morning classes at Glasgow School of Art, then moved to England in 1966 at the age of fifteen and was educated at Chelsea School of Art, gaining his BA in 1976 and MA in 1977. He taught one day a week at the Slade School of Art between 1980 and 2005. McFadyen is an artist who is sometimes associated with figurative painting of the 1980s. This has often irked McFadyen who, by the advent of that decade, had jettisoned the schematic narrative painting with which he made his name in the late 1970s. McFadyen currently lives and works in East London, Edinburgh and France. He has had over 40 solo exhibitions and his work is held by 30 public collections as well as private and corporate collections. In 2012 he was elected a Royal Academician of the Royal Academy of Arts. 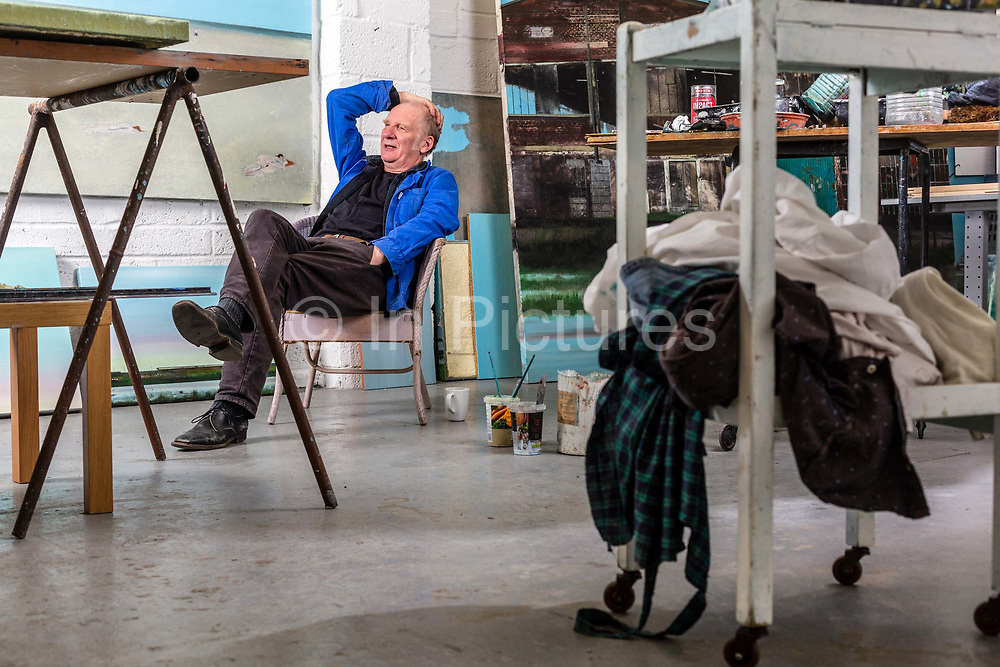