An eccentric Brit sports fan marches towards the Velodrome in the Olympic Park during the London 2012 Olympics. In the background is the main stadium and giant screen showing live coverage of selected Olympic events for crowds lining grass banks. Dressed in a union jack suit and carrying the IOC logo on a flag, he strides along a boadwalk. This land was transformed to become a 2.5 Sq Km sporting complex, once industrial businesses and now the venue of eight venues including the main arena, Aquatics Centre and Velodrome plus the athletes' Olympic Village. After the Olympics, the park is to be known as Queen Elizabeth Olympic Park. 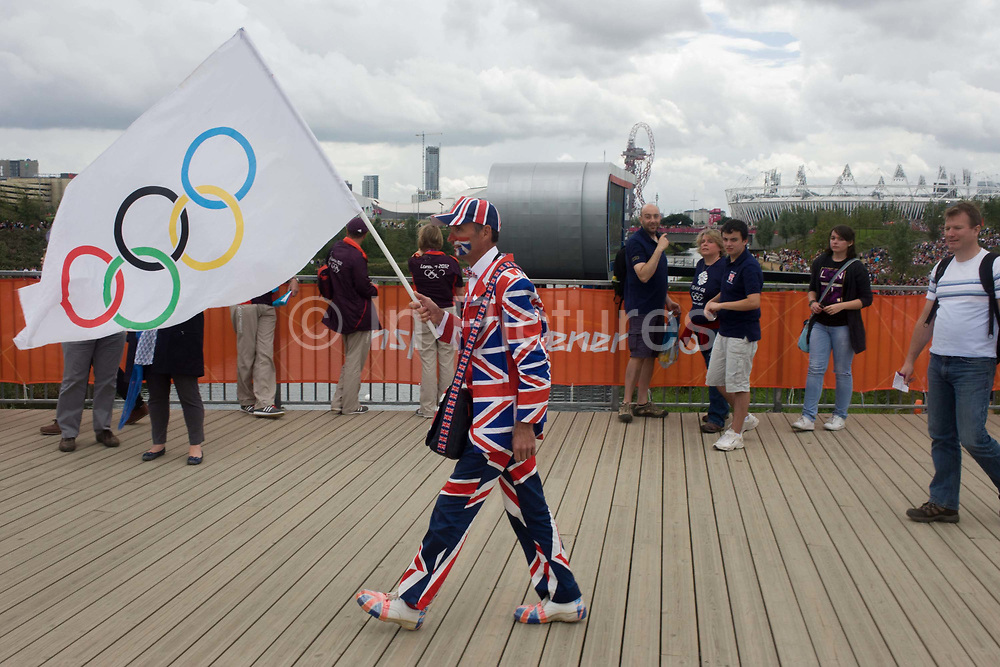