An aerial view overlooking the Cemiterio de São Miguel Arcanjo Saint Miguel Catholic Cemetery the ex-Portuguese colony of Macaus Chinese Christian cemetery of San Miguel, on 10th August 1994, in Macau, China. The cemetery is located right in the middle of Macao island, on Estrada do Cemiterio and host the graves of the old Dutch and Portuguese colonials that helped shape Macau, now one of the worlds most densely-populated city. The Macau Special Administrative Region is one of the two special administrative regions of the Peoples Republic of China PRC, along with Hong Kong. Administered by Portugal until 1999, it was the oldest European colony in China, dating back to the 16th century. The administrative power over Macau was transferred to the Peoples Republic of China PRC in 1999, 2 years after Hong Kongs own handover. 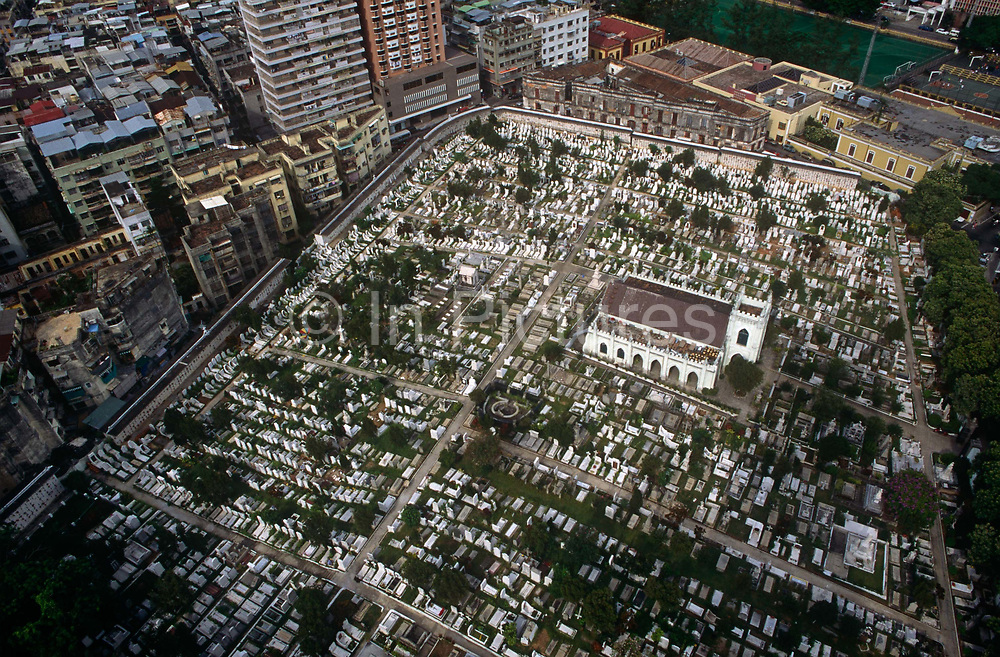