Graffiti in the area around Omonia in support of Greek football team Panathinaikos. The name and symbol 'Triffili' (also Trifylli) is seen all over Athens as are the names of the other main Athenian soccer teams. It is essentially a green shamrock symbol. Athens is the capital and largest city of Greece. It dominates the Attica periphery and is one of the world's oldest cities, as its recorded history spans around 3,400 years. Classical Athens was a powerful city-state. A centre for the arts, learning and philosophy. 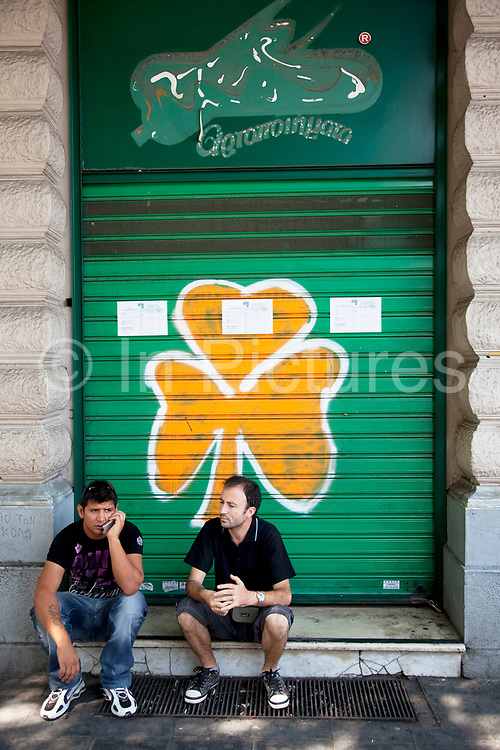