Turkish Aerospace TAL Anka drone, exhibited at the Farnborough Air Show. The TAI Anka is a family of unmanned aerial vehicles (UAV) developed by Turkish Aerospace Industries for the requirements of its Turkish Armed Forces. Basic Anka-A is classified as Medium Altitude Long Endurance (MALE) Unmanned Aerial Vehicle. Envisioned in the early 2000s for tactical surveillance and reconnaissance missions, the Anka has made progress towards the integration of Synthetic Aperture Radar and combat systems. Anka has made Turkey the 3rd country in the world that can design and produce MALE UAV's after USA and Israel. The name of the drone is inspired from a phoenix-like mythological creature Angha. 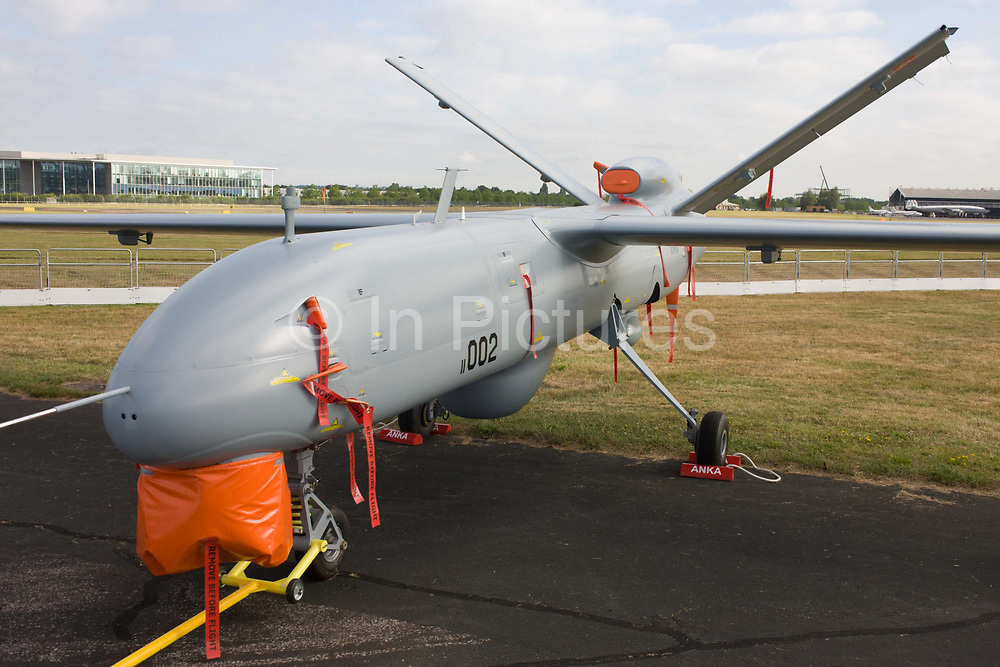