A moderately wealthy Egyptian family of different ages sit on their courtyard steps of their home in the village of Bairat, on the West Bank of Luxor, Nile Valley, Egypt. Egypt is the most populous country in the Middle East and the third-most populous on the African continent (after Nigeria and Ethiopia). About 95% of the country's 82.5 million (2012 est.) people live along the banks of the Nile throughout the Nile Delta, which fans out north of Cairo; and along the Suez Canal. These regions are among the world's most densely populated, containing an average of over 3,820 persons per square mile (1,540 per km².), as compared to 181 persons per sq. mi. for the country as a whole. 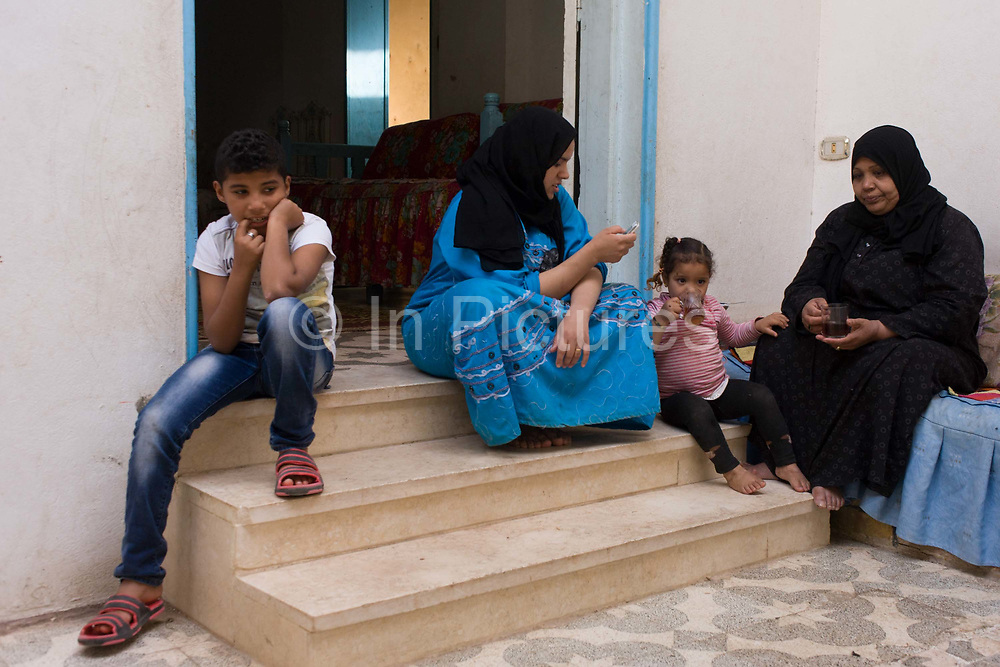