On the edge of an old Soviet parade ground, peeling murals show the physical style of Russian marching techniques seen in this army boot camp in the former East German peninsular called Halbinsel Wustrow near Rostock. For the benefit of recruits or as a reminder of Soviet discipline, the picture shows soldiers marching in that unmistakable goose-stepping style reminiscent of the Nazi era, with high forward kicks and a strenuous arm movement to the chest as seen in iconic May Day celebrations in Red Square. Wustrow was once a WW2 German anti-aircraft artillery position then housed civilian refugees before the eventual Soviet occupation of the former DDR during the Cold War, up until 1990 and the fall of communism and the Berlin Wall. The camp was ransacked and all its assets stripped before its desertion that summer and is a reminder of a fallen ideology 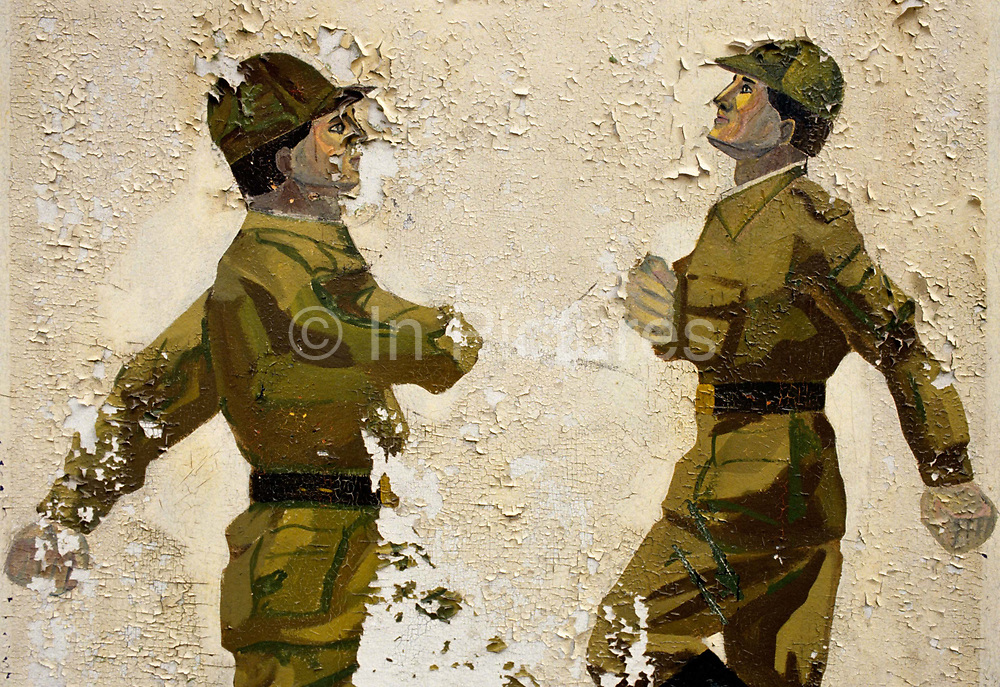