Extinction Rebellion blue boat Polly Higgins during disruption across 5 UK cities calling on Government to ACT NOW outside the Royal Courts of Justice after it was announced last week that more than 1,000 activists who participated in previous demonstrations were facing prosecution, on 15th July 2019 in London, England, United Kingdom. Extinction Rebellion is a climate change group started in 2018 and has gained a huge following of people committed to peaceful protests. These protests are highlighting that the government is not doing enough to avoid catastrophic climate change and to demand the government take radical action to save the planet. 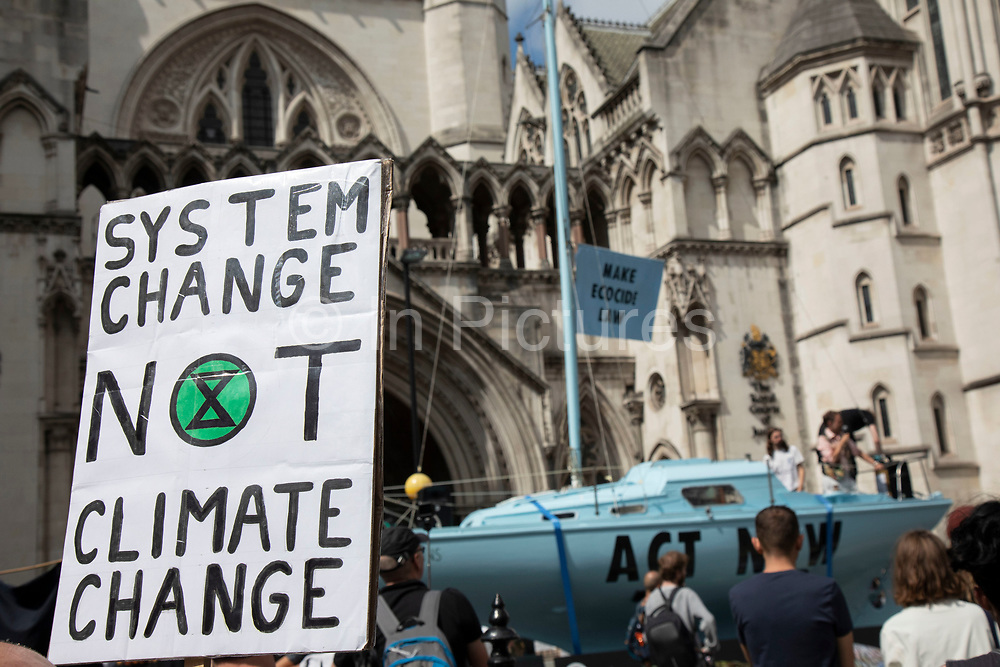