Climate activists hold a banner calling for an end to new road building during a Mass Trespass at Stonehenge on 5th December 2020 in Salisbury, United Kingdom. The trespass was organised in protest against the approval by Transport Secretary Grant Shapps of a £1.7bn project for a two-mile tunnel beneath the World Heritage Site and a further eight miles of dual carriageway for the A303, as well as the government’s £27bn Road Investment Strategy 2 (RIS2). 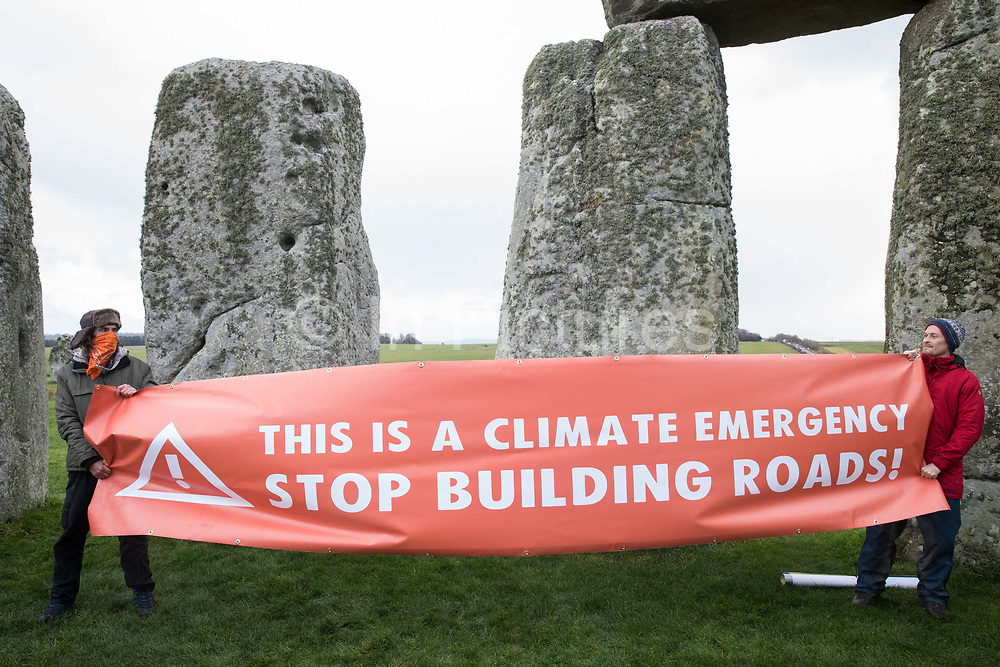