A view along the fuselage of a DC3 Dakota, from its tail aileron to its propeller. Pointing upwards as it sits on a low tail wheel and with one of its 4 propellers still against a blue sky, we see the plane painted in the colours that many appeared in during the D-Day landings in June 1944, from where paratroopers jumped out for the eventual invasion of German-occupied France. The Douglas DC-3 is a fixed-wing propeller-driven airliner. Its speed and range revolutionized air transport in the 1930s and 1940s. Its lasting impact on the airline industry and World War II makes it one of the most significant transport aircraft ever made. Many DC-3s and converted C-47s are still used in all parts of the world. The designation "DC" stands for "Douglas Commercial". 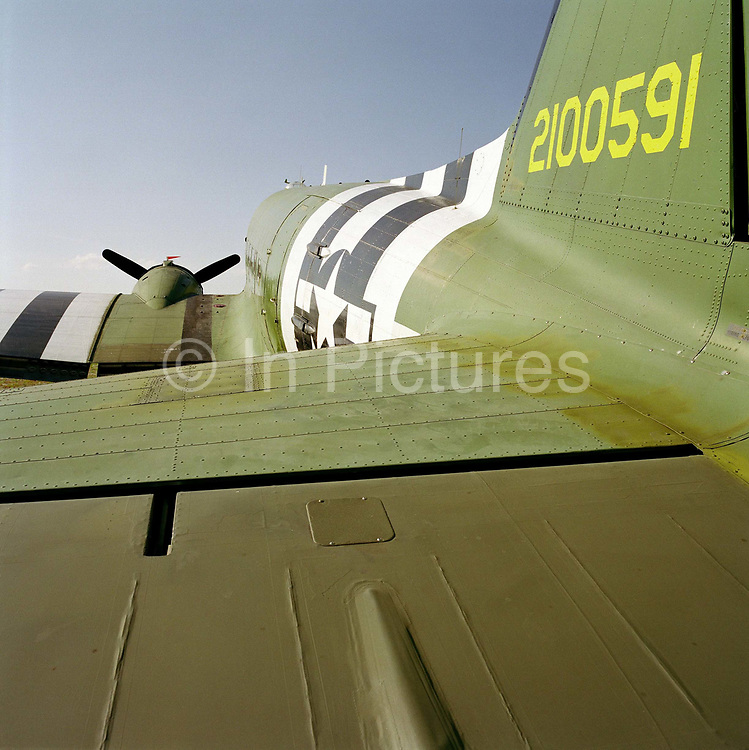