Tourists listen to a tour guide speaking at the Julius Caesar statue at at Tower Hill, London. This is one of the most popular tourist destintions in London. One of the earliest stories associated with the Tower was that it was built by Julius Caesar. The earliest recorded attribution of the Tower to the Roman ruler dates to the mid-14th century in a poem by Sir Thomas Gray. The origin of the myth is uncertain, although it may be related to the fact that the Tower was built in the corner of London's Roman walls. 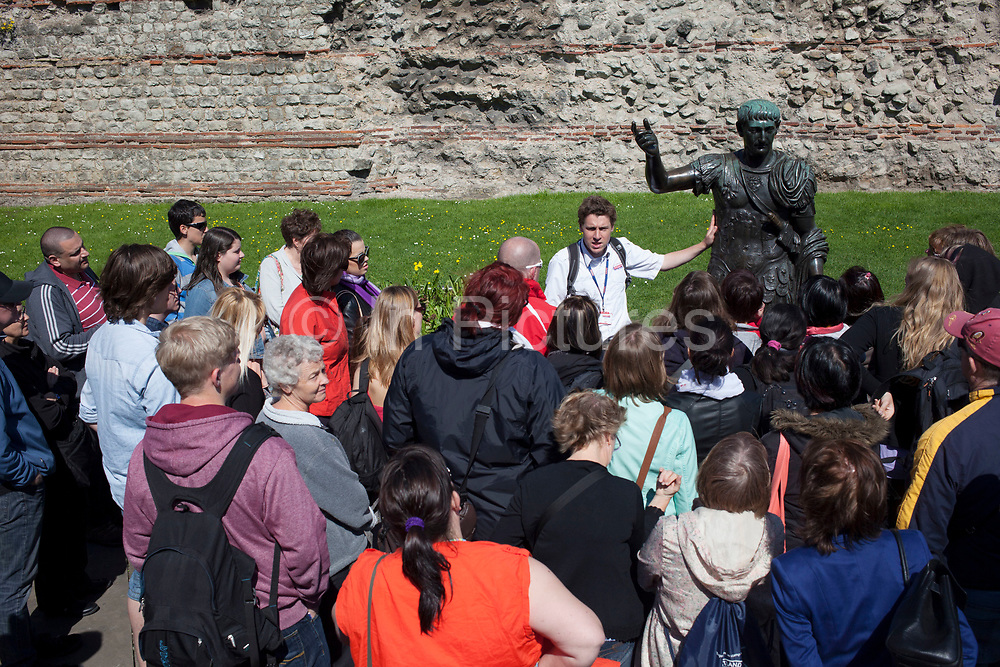