Bob Ring, 57, known as Crayfish Bob trapping American crayfish in the River Thames at Abingdon Lock, Oxfordshire.Introduced in the 1970's by the now defunct Ministry of Fisheries and Food as a cheap food source, the American Signal Crayfish has wiped out the native British Crayfish because it carries, but is immune to, Aphanomyces astaci known as the Crayfish plague. American Signal crayfish have bred in such prolific numbers they have had seriously depreciative effect on other aquatic life and damage the banks with their tunnelling. 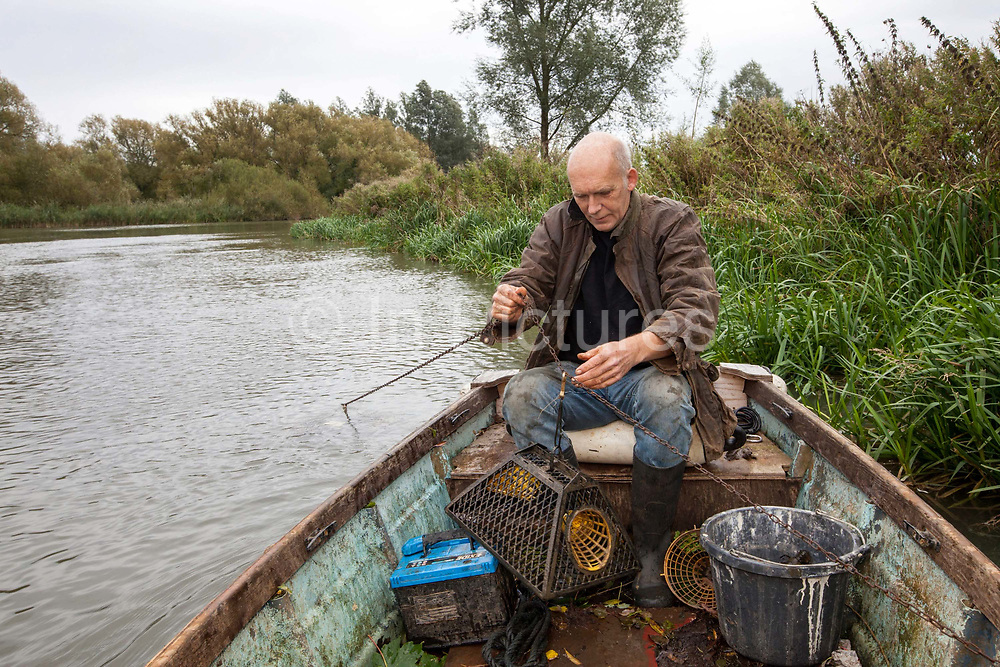