A craftsman pours wax into a mould from which a statue will be cast from bronze. The process is known as 'Lost wax'..The current Stpathy family is the twenty third generation of bronze casters dating back to the founding of the Chola Empire. The Stapathys had been sculptors of stone idols at the time of Rajaraja 1 (AD985-1014) but were called to Tanjore to learn bronze casting. Their methods using the ,ƒÚlost wax,ƒÙ process remains unchanged to this day. 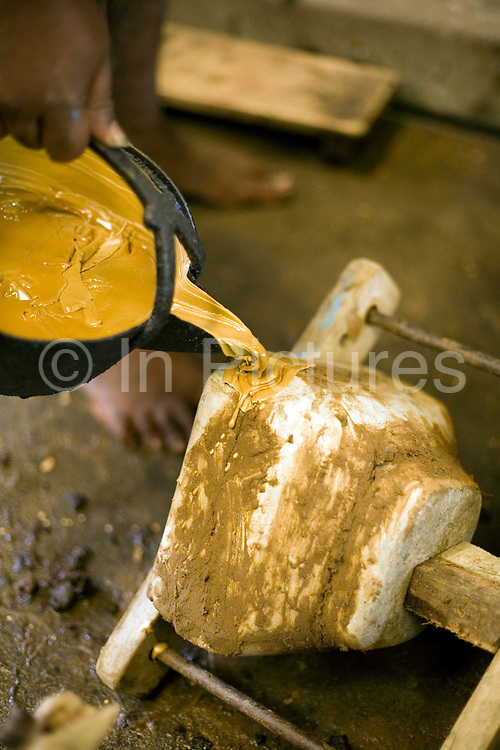