A portrait of Tate Modern art Gallery Director Sir Nick Serota during the refurbishment of the south bank power station's Turbine Hall in 1998. Wearing hard hat and high-vis clothing on this dangerous construction site, Serota looks over his left shoulder with the view that will in future exhibit some of the world’s most engaging art works. Sir Nicholas Andrew Serota (born 27 April 1946 is a British art curator. He was director of the Whitechapel Gallery, London, and The Museum of Modern Art, Oxford, before becoming director of the Tate, the United Kingdom's national gallery of modern and British art in 1988. He was awarded a knighthood in 1999. He has been the chairman of the Turner Prize jury. He was the driving force behind the creation of Tate Modern, which opened in 2000. 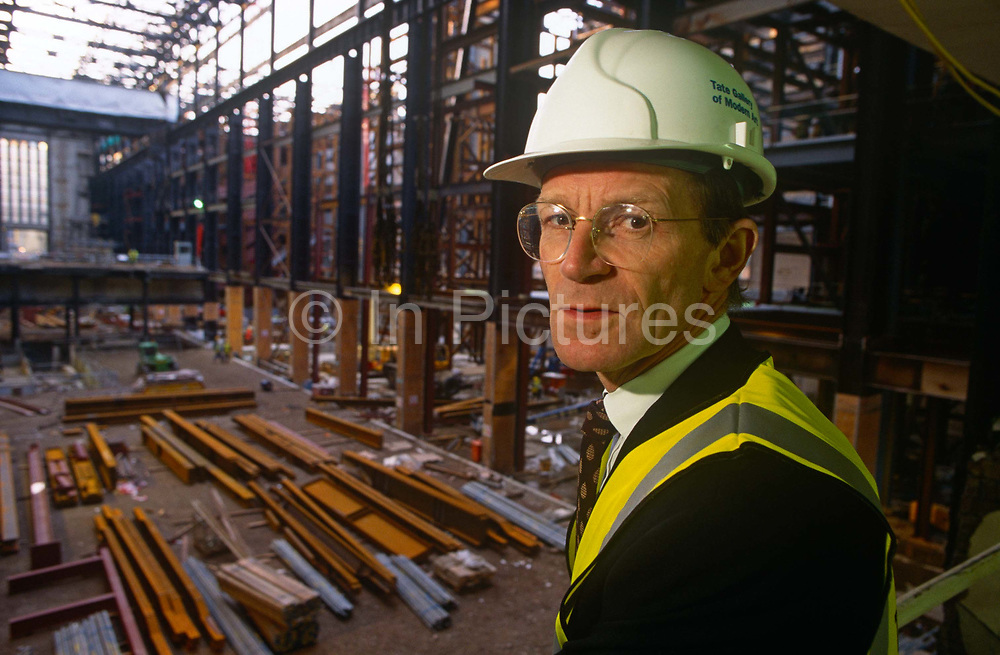