Two crewmen of a felucca row their boat during a drop in wind while sailing on the River Nile at Luxor, Nile Valley, Egypt. Feluccas are ancient Egyptian sail boats which were used in ancient times as a primary mode of transport and are the only type of boat that is still used extensively in the country. Plying this great African river is a cheap fare state-run ferry used by commuters and locals but these sailing boats serve tourists and therefore are the many victims of the tourism downturn. According to the country's Ministry of Tourism, European visitors to Egypt is down by up to 80% in 2016 from the suspension of flights after the downing of the Russian airliner in Oct 2015. Euro-tourism accounts for 27% of the total flow and in total, tourism accounts for 11.3% of Egypt's GDP. 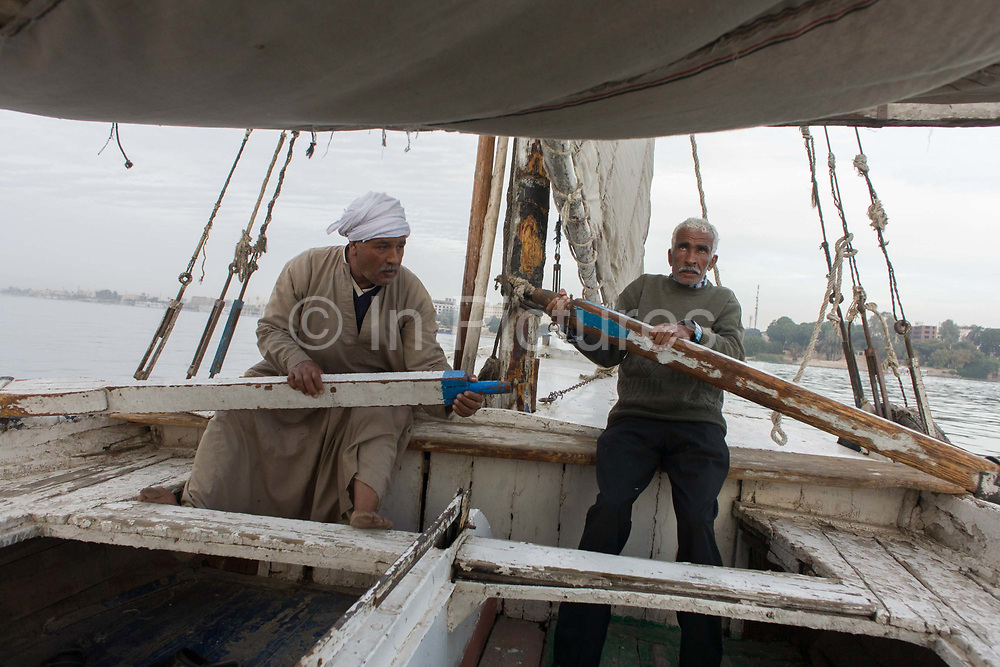