The tower containing Big Ben amid the Gothic architecture of Britain's Houses of Parliament seen from the Embankment. A male jogger passes-by, a silhouette seen aginst the strong power of Parliament on the River Thames. As he runs across the scene, his head appears to be nudging the clock tower of Big Ben, an appearance of false scale. The House of Commons is the lower house of the Parliament of the United Kingdom, which also comprises the Sovereign and the House of Lords (the upper house). Both Commons and Lords meet in the Palace of Westminster. 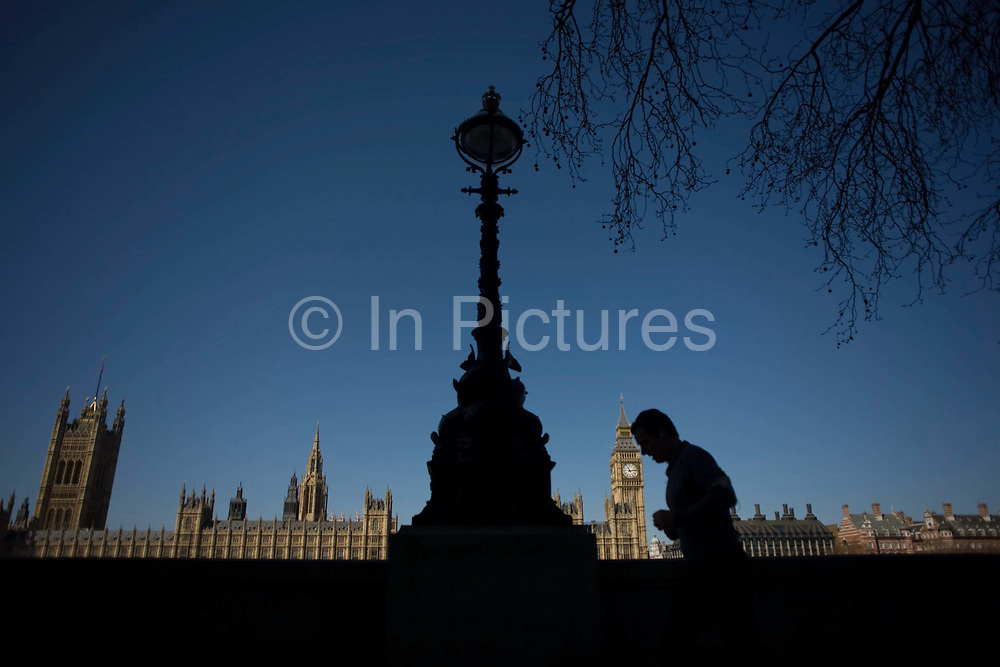