A couple of mixed-race have put their heads through the apertures made in a painting that depicts Prince Albert and Queen Victoria, on the Palace Pier at Brighton, on the south coast of England. The faces peep through this traditional attraction that few can resist, even in the 21st century. The man’s face looks disturbingly incongruous in the place where the Prince Consort’s white German character would be. There is a message here of a changing multi-cultural British society where these friends or partners are from other ethnic backgrounds and where mixed-marriages are now commonplace, as opposed to the Victorian era when attitudes to racism and race-relations were vastly different. 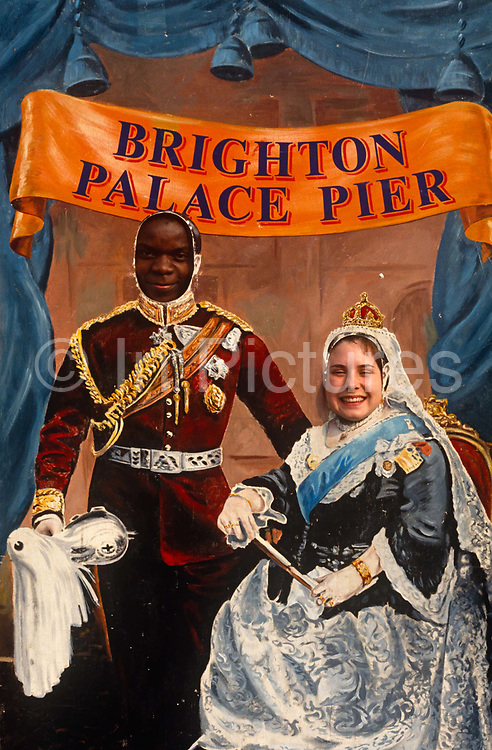