The inner prayer gallery with the imam's pulpit of the Id Kah Mosque, Kashgar city. It began life in its present form in 1798, before this time it had been a place of worship during the Ming dynasty (1368-1644), built on a smaller mosque dating back to the 15th century. It is the largest mosque in western China with the purest Uighur ( a Muslim minority of Turkic origin) architecture, its colours reflecting the arid environment it inhabits. Inside it contains a large octogonal shaped pavilion and internal courtyard which can allow up to 7000 worshipers in at any one time. It is the symbol of Uighur cultural and religious presence for the whole of the central Chinese and neighbouring Asian countries, such as Kyrgyzstan, Tajikistan, Uzbekistan, Turkestan, Afghanistan, and Pakistan. 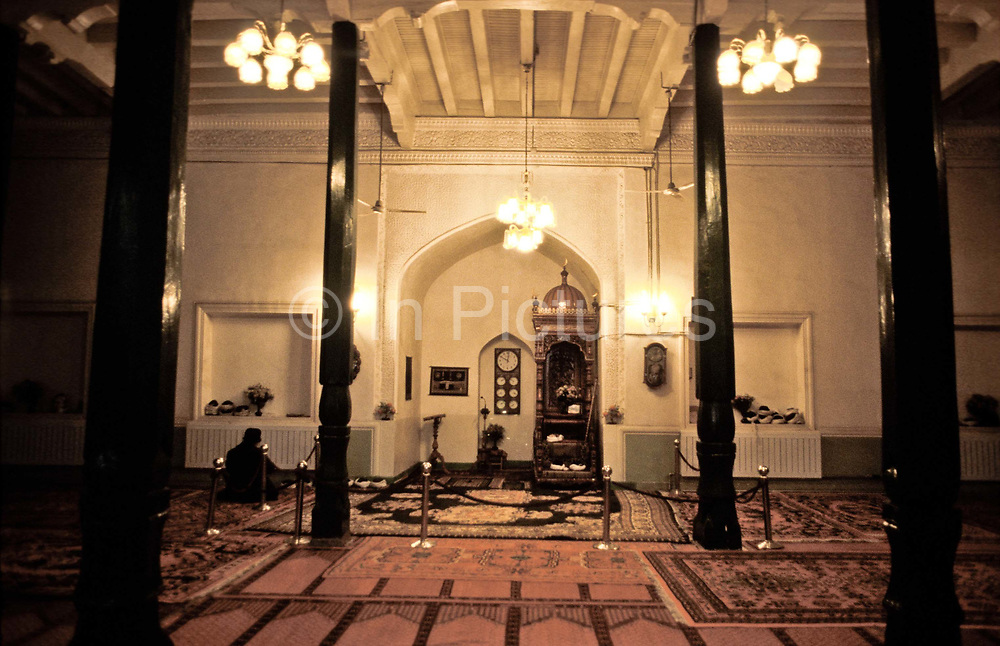