Months after the fall of the Berlin wall and the collapse of the communist GDR state the German Democratic Republic, a Trabant is worked on at the company factory, on 15th June 1990, in Berlin, Eastern Germany. The East German auto maker VEB Sachsenring Automobilwerke was at Zwickau in Saxony. The Trabant was the most common vehicle in East Germany - Like the Beetle in the West, its Peoples Car with a 595 cc, two-cylinder air-cooled engine. It had space for four, was compact, light and durable with its distinctive body shape constructed from Duroplast panels attached to a galvanized steel shell. It was in production without any significant changes for about 34 years, becoming a symbol for the cheap, cheerful and polluting possessions for Communist Europeans. When the Berlin Wall eventually fell, Trabants coughed and spluttered onto West German roads for the first time. 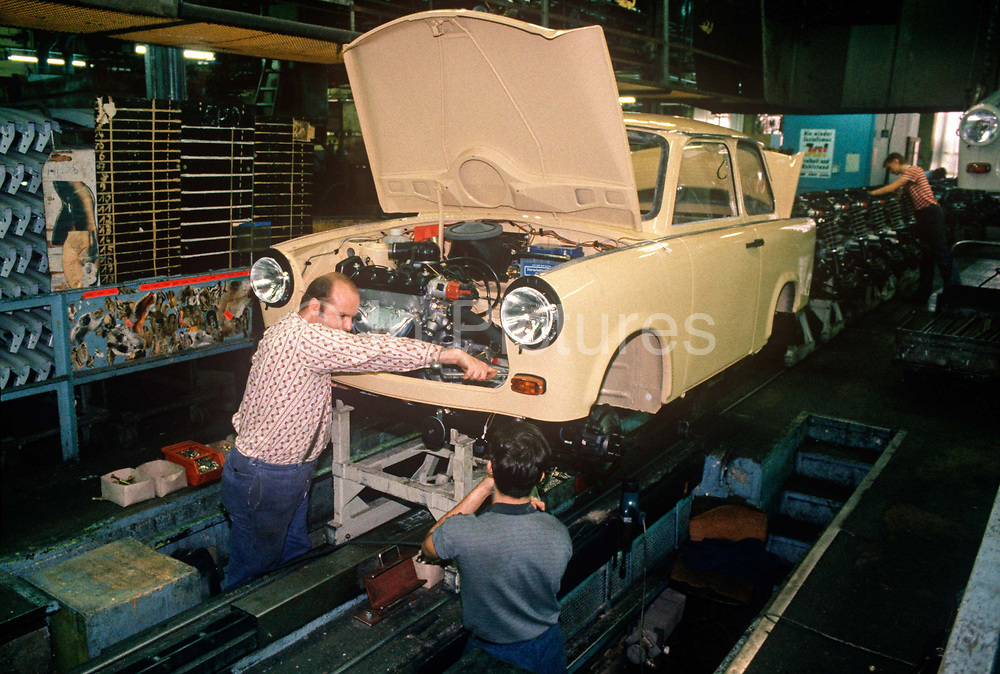