Peaky Blinders street art graffiti in Digberth, Birmingham, United Kingdom. Peaky Blinders is a British crime drama television series created by Steven Knight, that premiered on BBC Two on 12 September 2013. The series is primarily set in Birmingham, England, and follows the exploits of the Shelby crime family in the aftermath of World War I. Digbeth is an area of Central Birmingham, England. Following the destruction of the Inner Ring Road, Digbeth is now considered a district within Birmingham City Centre. As part of the Big City Plan, Digbeth is undergoing a large redevelopment scheme that will regenerate the old industrial buildings into apartments, retail premises, offices and arts facilities. There is still however much industrial activity in the south of the area. 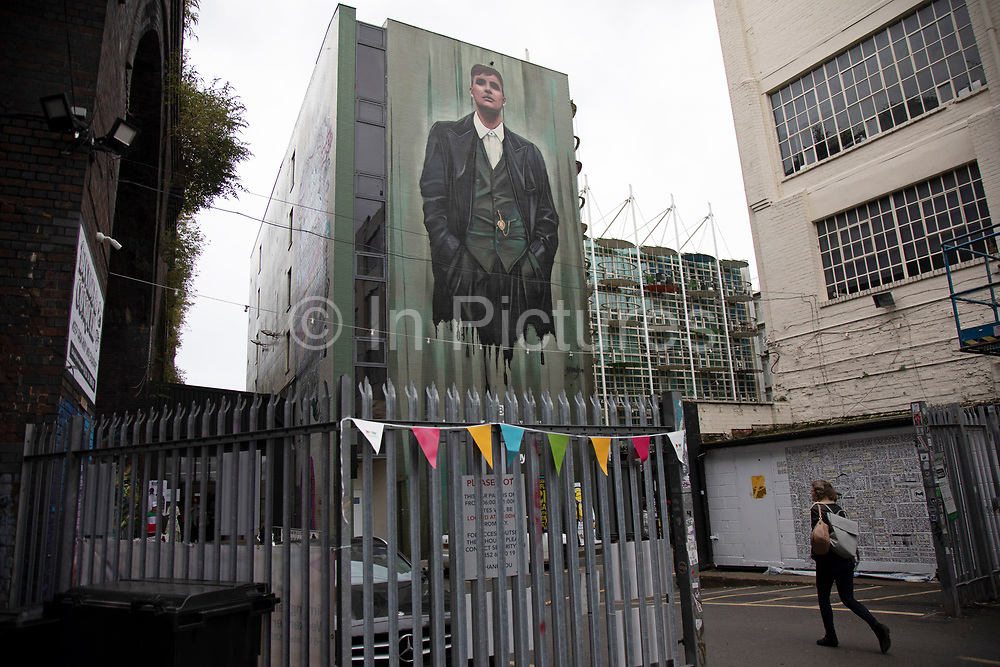