Stained glass images of important historic medieval figures from the City of London's history, seen in the Guildhall. From over the centuries of London history, these figures were the city fathers, those who controlled on Britain's trade and maintained its position as a major trading port - from earliest medieval times to the modern era. The Guildhall is a building in the City of London, off Gresham and Basinghall streets, in the wards of Bassishaw and Cheap. It has been used as a town hall for several hundred years, and is still the ceremonial and administrative centre of the City of London and its Corporation. 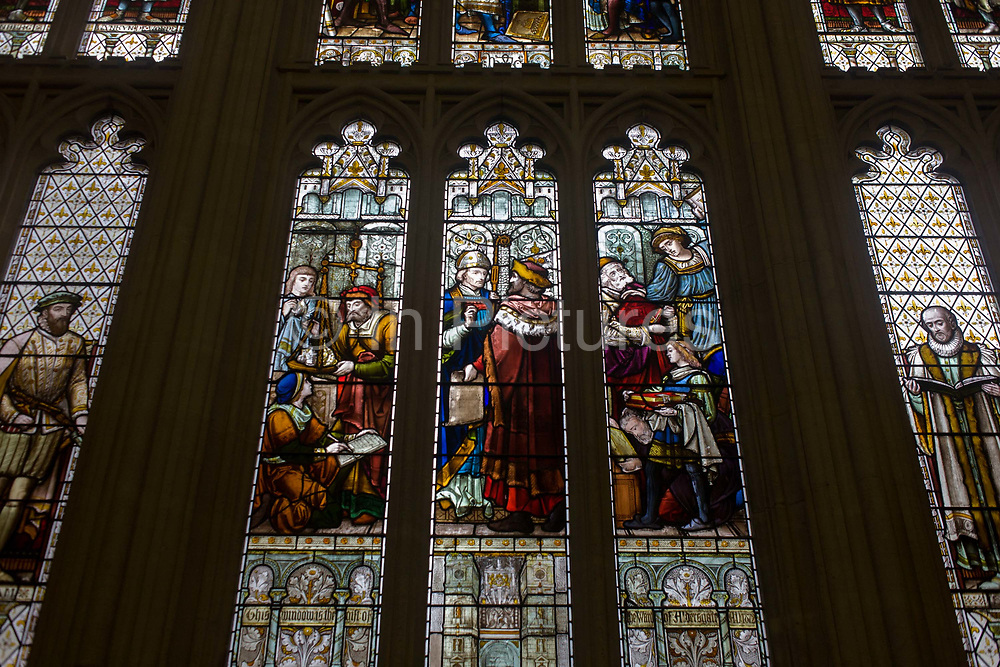