Police escort Extinction Rebellion ‘crime scene investigators’ in white suits and masks walk along Whitehall into Parliament Square to investigate areas of ecocide in a performance on 7th September 2020 in London, United Kingdom. The 20 investigators were protesting at the Brazilian government’s alleged involvement in ecocide in the Amazon, and the UK government’s ecocide along the HS2 route. Extinction Rebellion is a climate change group started in 2018 and has gained a huge following of people committed to peaceful protests. These protests are highlighting that the government is not doing enough to avoid catastrophic climate change and to demand the government take radical action to save the planet. 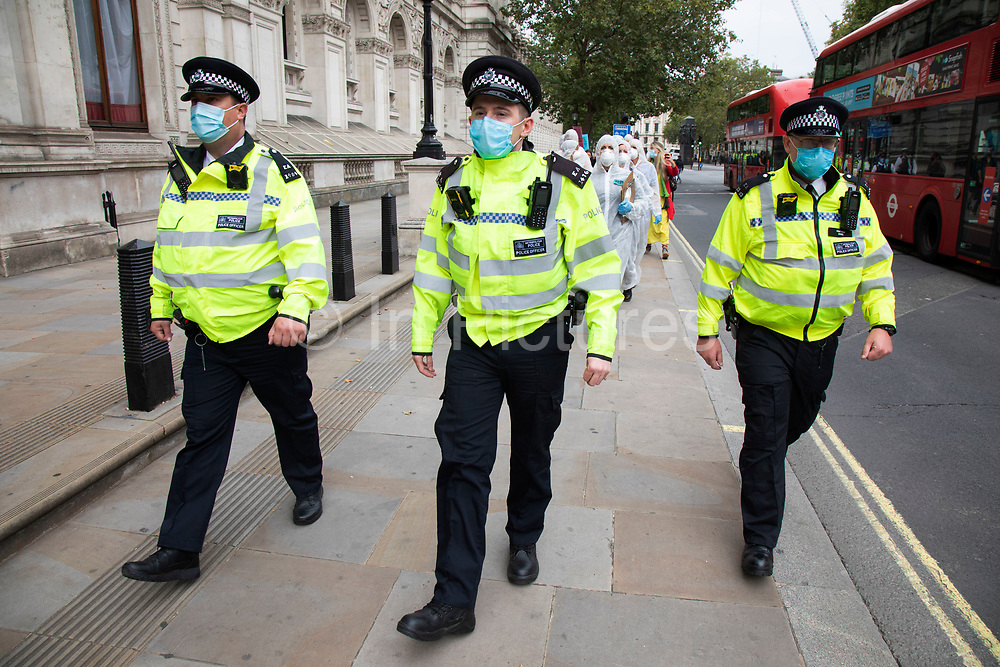