Redcoats entertaining with the birdy song in the Empress Ballroom, Butlins holiday in Skegness. The idea for the Red Coats came to Butlin early on in the Skegness Camps first season. He saw the first campers walking around looking bored and not making full use of the facilities. They had come to the camp looking for companionship and were not finding it. One of his assistants, Norman Bradford, started to jolly up proceedings by telling a few jokes to the campers assembled in the dining room. Butlin thought this was a good idea and the next day asked his colleague to go out and buy a distinctively coloured blazer - he did, in blue, primrose yellow and white, the camp colours. Butlin was not convinced and asked him instead to buy a red blazer. The Red Coats were then born. Butlins Skegness is a holiday camp located in Ingoldmells near Skegness in Lincolnshire. Sir William Butlin conceived of its creation based on his experiences at a Canadian summer camp in his youth and by observation of the actions of other holiday accommodation providers, both in seaside resort lodging houses and in earlier smaller holiday camps. 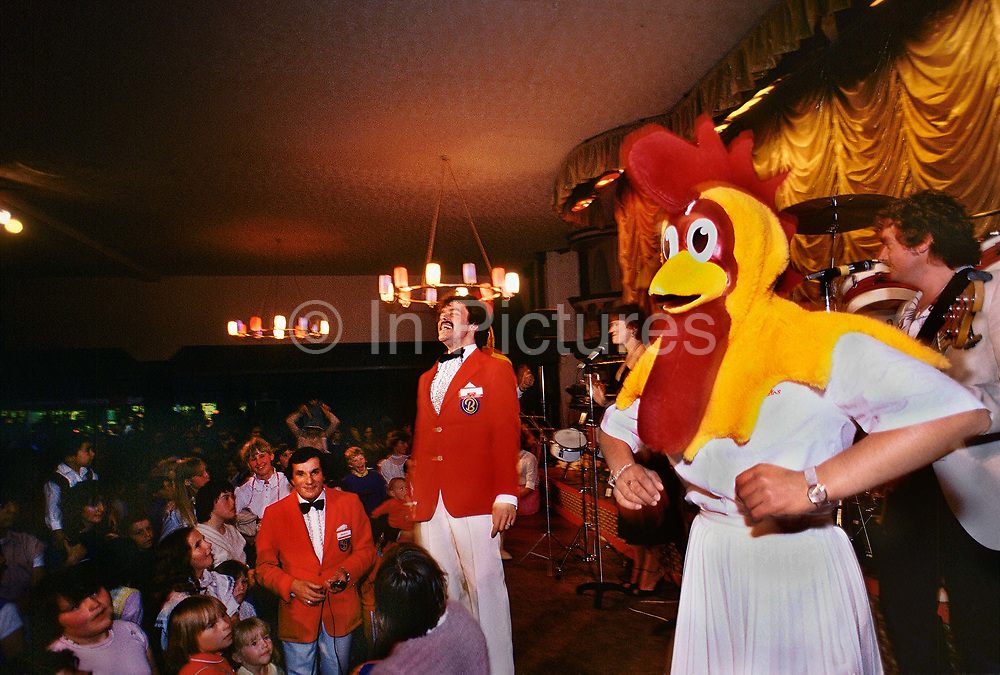