Surrounded by reporters, ex-British Prime Minister Margaret Thatcher leaving the 1992 Tory party conference on 9th October 1992 in Blackpool, England. Two years after her colleagues deposed her, forcing her to resign from her 11 year premiership she is still in favour by Conservatives who are proud to display her in public, before eventually shunning her policies and profile for their campaigns. Surrounded by supporters, the media, an aide on the left and in the red, her personal protection police officer. Thatcher has been lending her support to the election campaign of her replacement, John Major who went on to win and govern until his defeat in 1997 to Labours Tony Blair. 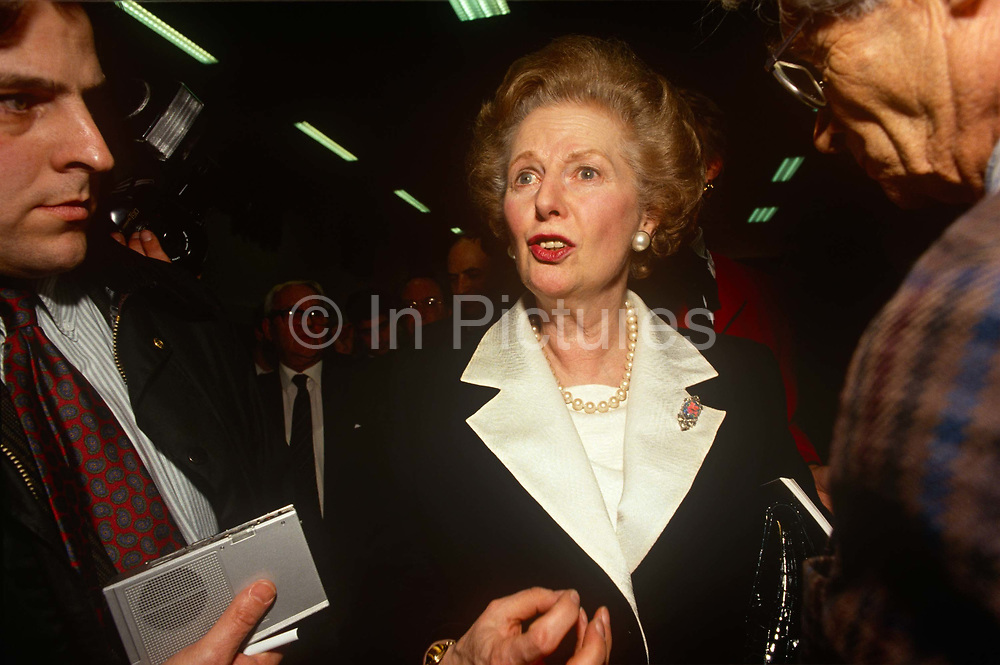