Cleaning underground train in Neasden train yards. Neasden Depot or Neasden Works is a London Undergrounds largest railway depot on the Metropolitan line, located between Neasden and Wembley Park stations. Historically, when it opened, Neasden was also a manufacturer, producing locomotives and coaching stock for the Metropolitan Railway. Coming and Going is a project commissioned by the Museum of London for photographer Barry Lewis in 1976 to document the transport system as it is used by passengers and commuters using public transport by trains, tubes and buses in London, UK. 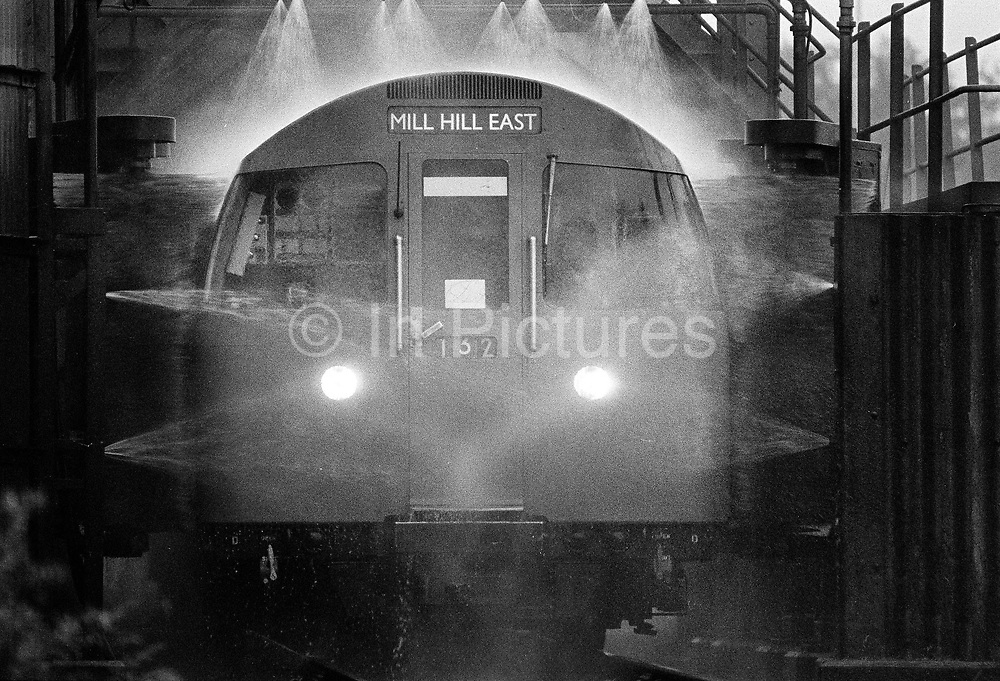