Royal Coat of Arms of the United Kingdom of Great Britain and Northern Ireland, the official coat of arms of the British monarch, on the exterior wall of the British Embassy, the United Kingdom's diplomatic mission to Germany in Berlin. It is located on 70-71 Wilhelmstraße, near the Hotel Adlon. Upon reunification in 1991, an architectural competition was won by Michael Wilford and the new building opened by Queen Elizabeth II on 18 July 2000. 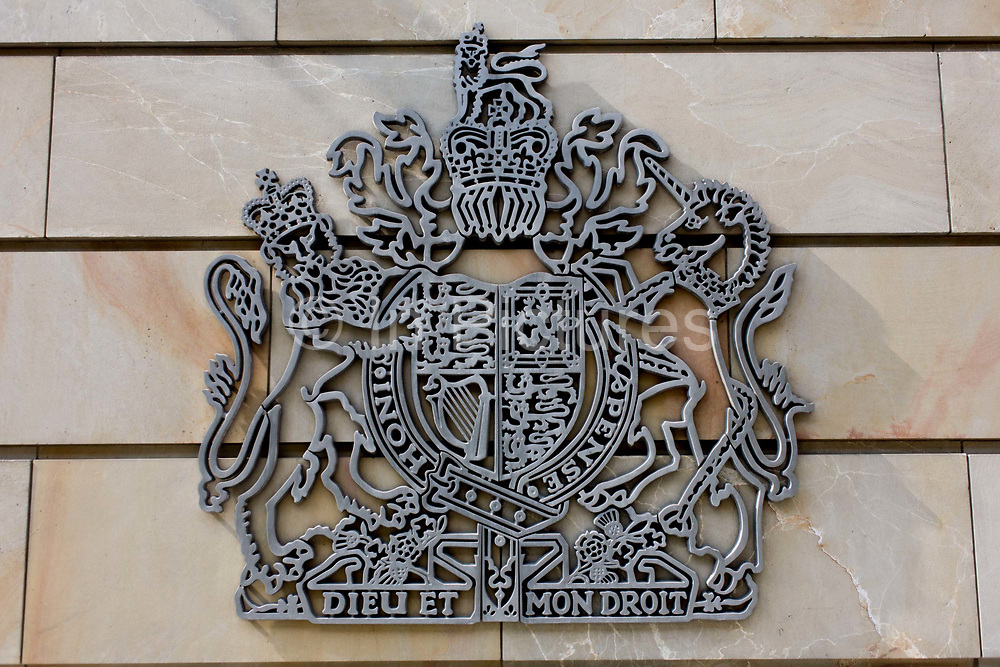