Memorial for Jo Cox MP at her home in Wapping which was on a houseboat at Hermitage Moorings in London, England, United Kingdom. Helen Joanne Jo Cox was a British Labour Party politician. She was the Member of Parliament MP for the Batley and Spen constituency from her election in May 2015 until her death 13 months later in June 2016, having won the seat with an increased majority for Labour in the 2015 general election. On 16 June 2016, Cox died shortly after being shot and stabbed multiple times in Birstall, where she had been due to hold a constituency surgery. 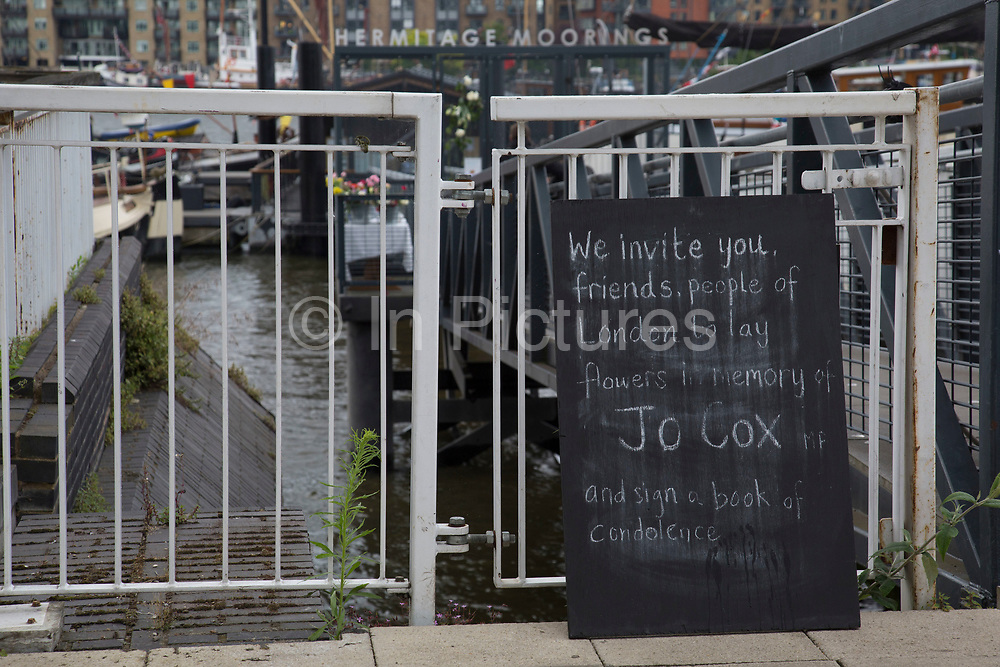